10-year-old Dylan Viale from Hidden Valley Elementary, Martinez, California, has made a video game  for his blind grandmother, which he exhibited at  his schools science fair.

The game is named Quacky’s Quest which aside from helping him get first position in the competition, also shows how much he cares for his grandmother to put in the planning required to make a game playable by the blind.

I can imagine you may be asking how a video game could be designed for the blind, Dylan explained this at his display.

“I believe that the video game I design will be able to be played by a blind person.” The notice continues “This will be possible because I will place sounds in all areas of the game to direct the players movement” 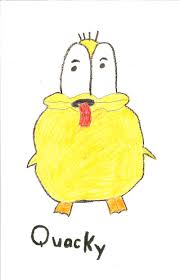 The game is based on a maze which Quacky, the protagonist, must navigate in order to collect the golden egg. To guide the player through the maze, Dylan implemented many sound cues to direct the player, and help them understand whether they are travelling in the correct direction. For instance, Dylan implemented the sound cue of giant spiders to indicate that the player is trying to go in the wrong direction. As explained by Dylan on his projects display.

When questioned, his father, Dino Viale, stated that “Dylan wanted to figure out a way that he could share his love for video games with her.” Hence he came up with the idea of sound cues to direct the player.

The fact that a young boy of his age managed to come up with this idea is nothing short of astounding. Dylan Viale also aspires to be a game developer when he is older, So we may be looking at the first works of a one of the future greats.

EA games back in GAME and GameStation stores