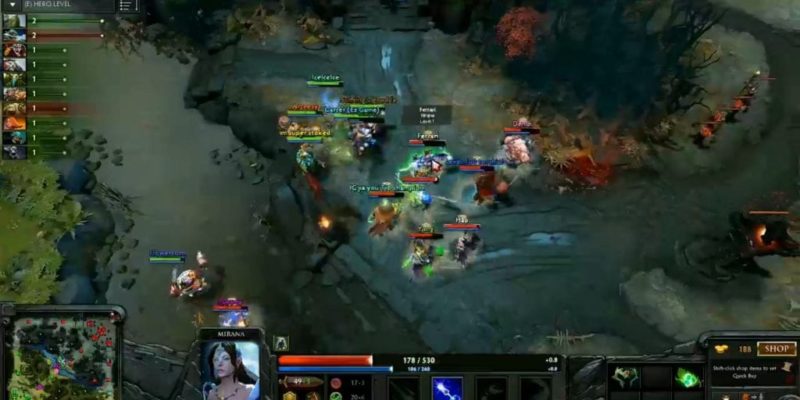 Update: Kaci Aitchison has confirmed that the 10v10 mode is a custom game mode, and that all custom games will support up to 24 players from next week on.

Original story: With the results of the Short Film Contest out of the way, the All-Star Match kicked off at Dota 2‘s The International 2015.

This year’s face-off between Team N0tail and Team Chuan is a bit unusual, though. While there’s no hero reveal (as with last year’s surprise Techies pick – although Arteezy has picked up the much-loathed hero once again anyway), the game itself is a 10v10 match, with the remaining five members on each team being filled out by audience members at KeyArena. And… it’s absolute chaos, with 20-man fights erupting at mid pretty much from the start. At the time of writing, the game is 15 minutes in and is 63-73.

The bigger news, perhaps, is that the 10v10 mode will be available for the public to play in Dota 2 next week. It looks like it’s being played in the Dota 2 Reborn client, so I’m going to guess that this is going to be a Valve-created custom game mode solely for Reborn, but it might give you some incentive to try out the beta client for yourself.

I think I’d have preferred Pit Lord, myself, but oh well. This 10v10 slugfest is quite a thing to watch.

You can watch the TI5 livestream on Twitch here, or via the (rather spectacular) web client on the Dota 2 website.