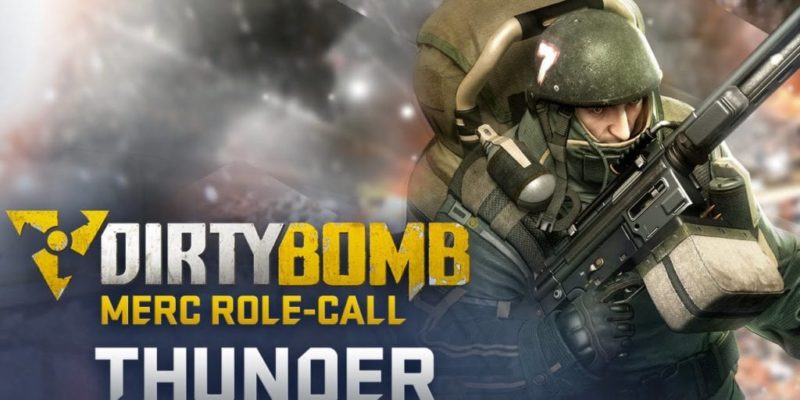 Splash Damage are adding a new Merc to Dirty Bomb and he’s called Thunder. This brute of a Russian loves to use Concussion Grenades to blind the enemy and disable deployables for a period of time. Thunder also comes with a new light machine gun which features a large ammo clip. Thunder has high heath but the trade off is his speed, he’s not exactly a swift mover as you can see in the video below.

There are also quite a few changes to note in this “Thunder” patch update including balance and augment changes. Base spawn wave timers in Objective Mode games also now adjust depending on how many players are on each team. Teams with 8 players now have a 30s spawn wave, 4 players have a 15s spawn wave and 2 players have a 7.5s spawn wave.

Total War: Attila enters the Age of Charlemagne next month