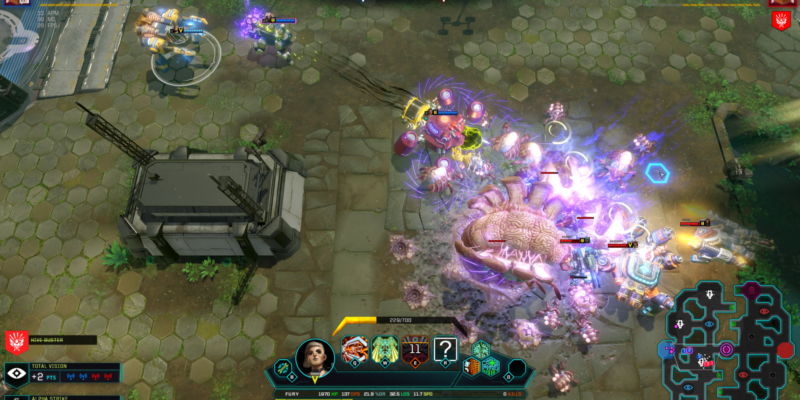 Dropzone is looking to attract an RTS audience looking for fast-paced 1v1 action but a the same time want some depth to the gameplay. In Dropzone players customise units which provides the game’s strategy. Thes are then  taken into the quick fifteen minute games. Sparkypants are wanting to capture the feel of a MOBA with RTS mechanics.

Gameforge has also just announced the game’s first tournament which will be held on 29 July in partnership with the ESL. The whole thing can be watched on the ESL’s Twitch channel.