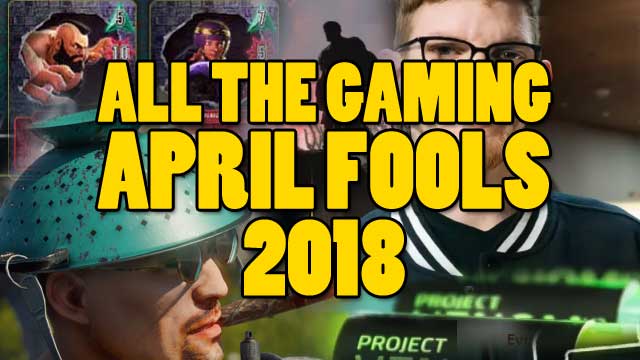 It’s 1 April once again which can only mean one thing, silly press releases and game ideas. We’ll get things kicked off and continue to add new entries as the japes appear over the next 24 hours. I will be manning the April Fools hotline this weekend so if you spot one then do send it over to [email protected] or pop it in the comments and we’ll add it to the list.

With it being Easter weekend we’re not sure how many of these will appear this year but we’ll be keeping an eye out. The holiday has prompted these to appear a little earlier than usual which defeats the purpose of what April Fools actually is. Nevermind, just enjoy what’s on offer.

This could be the last one to appear and it’s Fortnite with farts.

PAYDAY animated series has been announced.

Patch 1.5 is going to add Lootboxes & Horse Skins to #KingdomComeDeliverance. "We believe services which include optional digital monetization, when done properly can provide a very important element of choice which can extend and enhance the experience in our games" #WOWhorse™ pic.twitter.com/O0mn7AkUuu

CD Projekt Red is hiring a Designer of Game Environments.

As a Designer of Game Environments working in CD PROJEKT RED you’ll be responsible for digging up bugs, fetching missing code and sniffing up plot holes. Sounds good? Apply now!

Jagex announces Jagexa. This will improve the Runescape experience and more.

Wired Productions joined in with the announcement of Brexit Simulator and it’s coming to PC. That packshot is simply frightening.

*BREAKING NEWS* Announcing Brexit Simulator: Referendum Your Way out of This! Out soon on all formats! Read more at https://t.co/qCdPpZFhWW #BrexitGame #Brexit #WiredGames pic.twitter.com/Ig6rqKEIvG

We’re ecstatic to announce that we’re teaming up with Dutch studio Orange Lions for upcoming simulation game: Storm Surge Barrier Simulator! It is the first in a line of next generation simulator titles presented by us, read the full article here: https://t.co/v5g8RIaDv8 pic.twitter.com/6IdulNpWTN

Remedy’s Sam Lake had something to say about the future of Remedy. Forget games, they are changing their company focus.

“It’s about freedom”, says Haimirich Fischer, VP of Innovation at SQUARE ENIX, “We wanted to empower over 10 million players to be able to gather wherever they want, whenever they want, without the restriction of their PC or consoles. By bridging the digital and physical worlds, FINAL FANTASY XIV Online GO creates that freedom and fosters social interaction between the members of our amazing community.”

By downloading the app, players will benefit from the combination of Square Enix’s cutting-edge software and their smartphone’s own geo-location capabilities, as they are notified about harvesting nodes and natural resources in their area. When they get close enough to the node they tap their screen for a chance to harvest the resource, exactly like they would in-game.

Alongside the app, a unique accessory will be available for use in conjunction with players’ smartphones called the FINAL FANTASY XIV Online GO Harvesting Stick.

Minecraft Jave Edition texture have been perfected. Not only are the new textures a real delight to behold, giving your world a new thrilling vibrancy, but they’re also compatible with the popular .PCX format – one of the most widely accepted DOS imaging standards!

“Gamers the world over have made it clear they want their Civilization anywhere they can get it, on Mac, PC, Mac, iPad, Mac, and now, smart watches,” said Michael Rogers, CEO Aspyr. “We can’t think of a better canvas for world domination than a one square inch touch screen. Small screen, big ambition.” 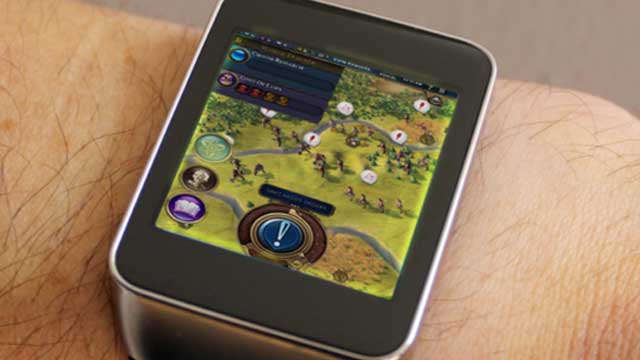 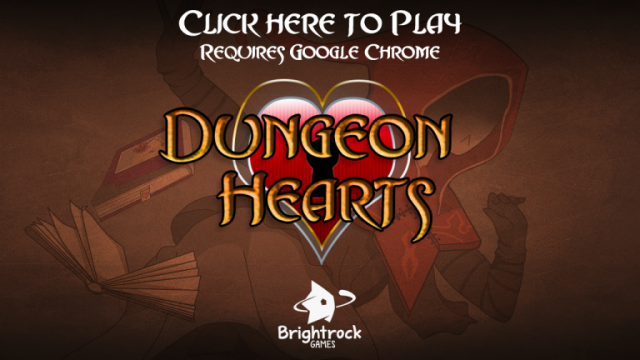 SMITE introduces the next god Fenrir. He’s such a good boy.

Blizzard introduces World of Warcraft Micro-holidays where there are special short events like Looking for Queue, Uber-nano holiday, We’re all Elves Now, and RP Walk Only, and more. Sadly they didn’t do a video for this but check the site. 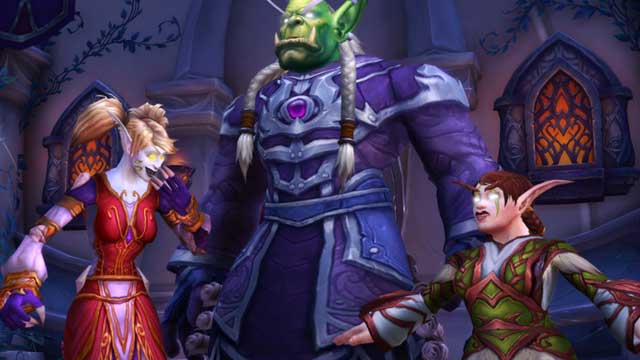 MechWarrior Online has a new Corgi Mech. Ideal for the royal family. Pre-orders are now being taken! 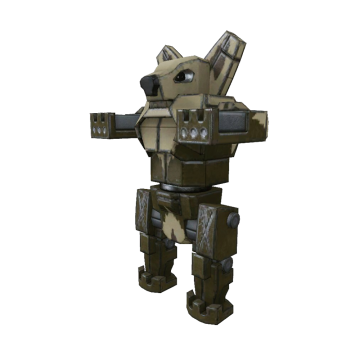 There’s a new position open at EB Games in Australia. 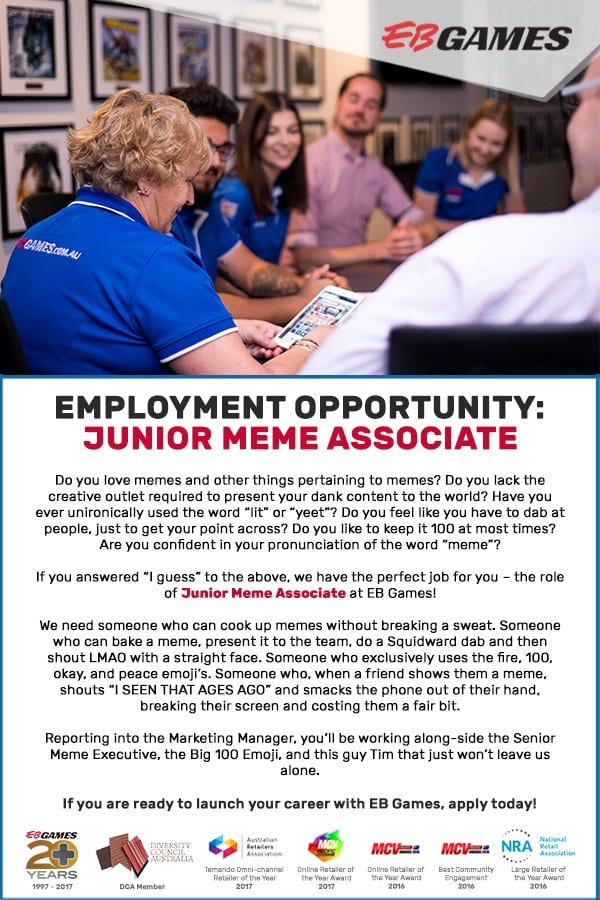 Path of Exile launches Path of Exile: Royale. I would not be surprised if this actually became a thing with everyone trying to jump on the bandwagon.

Guild Wars 2 talks about the Seats of Power update. It’s one of the most requested features and now it’s finally ready!

Discord wants you to send a message to…[email protected]

Nvidia GeForce Academy of Gaming is what you can sign up. The thing is, this may even happen one day. Well maybe not. Thanks DrearierSpider.

Logitech introduces business speak detection, or BS as they are calling it. This is a product that is needed because business-speak is BS.

Capcom announces a new game called Hado Stone and you can even create a deck and get the site to generate a battle.  Choose between the balanced Ryu, the speedy Cammy, throw specialist Zangief, or the trickster Menat. There’s also the latest Hado Stone eSports event news. 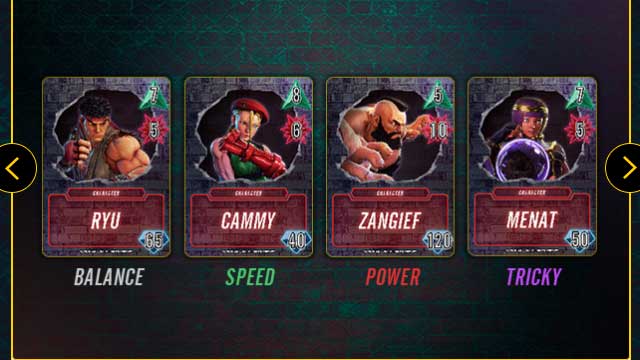 Razer introduces project Venom v2 now with nanobots to improve your gaming performance. As they say, “Feel your limits break as our Razer Nano-Mechanical Bots sync up with Razer Synapse to give you pixel-perfect control over every move.”

Firefly was quick out the blocks this year, with an announcement of a Dreamcast version of their top-selling strategy Stronghold. This is a visually stunning masterpiece.

Silent Thunder from Gaijin is apparently their next big game  and they are running a special ‘beta test’ for the next four days. The thing with this one is you can actually play it. Launch the War Thunder client and look for the Silent Hunter image in the top right. You will join a zone control game against other subs and you can control your submarine and missiles.

Darkflow Software developers of multiplayer shooter Enlisted, and another Gaijin release, are developing a new battle royale game called Cuisine Royale. This is, “the company’s newest title – the all-kitchen-warfare MMO shooter Cuisine Royale. With a clear focus on satiating the tastes of the player community, the new title combines only the latest flavors of the gaming industry”. Again, there’s a ‘ test’ for this and you can find out more on the official site and you would have to already have access to the real alpha test.

Ubisoft is doing something a bit sly in the UPlay launcher this year. A console pops up with what appears to be some kind of admin console (see top right of the Uplay client). The thing with Ubisoft is you never know if these April Fools japes will end up being something real. Remember Far Cry Blood Dragon? That was announced on 1 April.

Perhaps they are teasing Watch Dogs 3 with this supposed hack? Anyway, when it hits 1 April in your PC’s timezone this should become active and it appears to be a command line console. If you type is list-unreleased-games you get a scrambled message (see below). Time to decipher that folks. 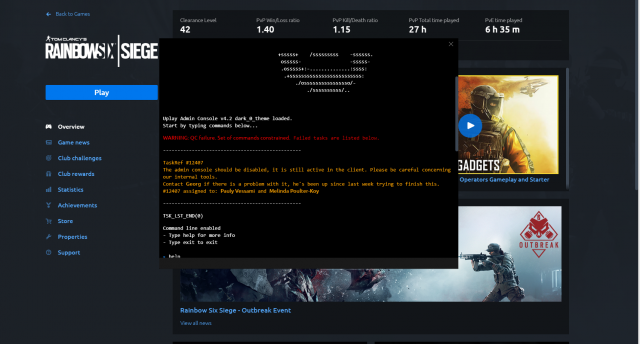 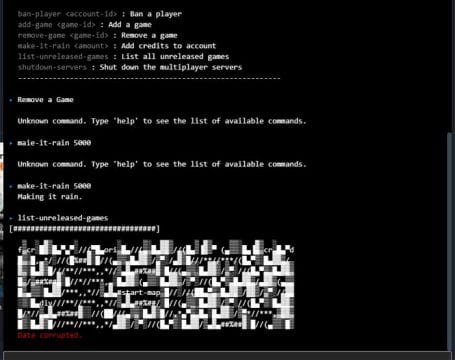 League of Legends has opted to hold an event instead of any kind of trickery this year which includes all kinds of fast food references, emotes, cosmetics and more. You can find out about al that here.

Other Non-gaming ones to enjoy

Roku are releasing their Streaming Socks for vieweres with mucky hands,

T-Mobile has just come up with an superb new phone. The kids will want this.

Google thinks that phones were getting clogged by bad jokes so now they can be removed.

Thi sone from Heinz is pretty good and not a bad idea. Would save having to shake the last drop out.

We’ve turned ketchup upside down with our two-ended bottle. So say goodbye to stuck ketchup, because now the only downside is just another upside!

Honda’s Sixth Sense. There are a lot of mobile phone users who could use this.

Lexus is using human genetics to help you select a perfect model of car.

Scentsible wallpaper is the next big thing to shake-up home decorating.

More will be added as they come in. If you spot one, let us know in the comments.