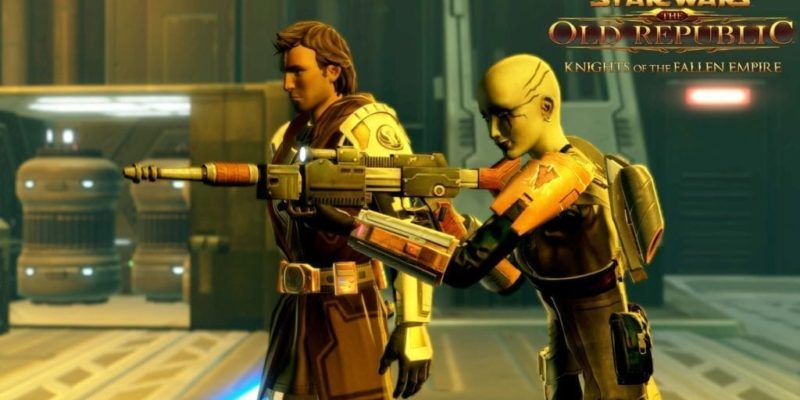 The first chapter in the episodic Star Wars: The Old Republic – Knights of the Fallen Empire is now available, BioWare announced Thursday. Anarchy in Paradise is part one of the seven-part series, introducing a new story to experience.

In Anarchy in Paradise, you team up with an infamous mercenary who goes by the name Firebrand. He has a big task ahead of him: destroy the Eternal Empire.

Launching last fall, Knights of the Fallen Empire brought high-level players new missions and stories to experience. However, it isn’t locked to only players with characters at level 60. New players can begin by creating a level 60 character in order to dive into the new content right away.

Both Knights of the Fallen Empire and Anarchy of Paradise are free for subscribers as part of its new rewards program. The publisher also revealed a new subscriber award to those who sign up after the first of the month: an HK-55 Jetpack.