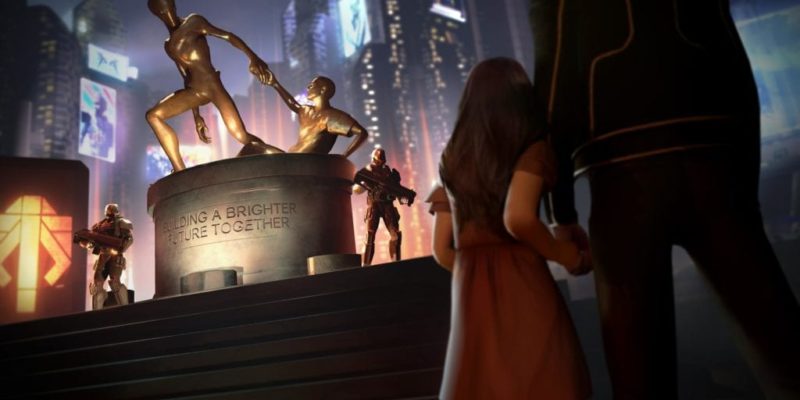 2K’s Advent teasers have closed off, revealing that their mystery game is XCOM 2.

Set 20 years in the future, humanity has lost the war against the alien menace, which has now established a new world order. XCOM have faded into forgotten insignificance, and now have to strike back against the aliens to save the Earth.

What this means is a reversal of roles: rather than defending the Earth from an encroaching menace, you’re now the aggressor, fighting to free it. With limited resources and an overwhelmingly powerful alien threat this means you’ll be employing guerrilla warfare-style tactics to gather recruits and build up a resistance network while using a mobile HQ to evade the aliens.

I’d like to reiterate two of those points, because they make me very happy. Procedurally-generated levels mean we won’t be seeing the same maps over and over, and modding means that there’ll be lots and lots of user-made content. This is exactly what I wanted.

XCOM 2 is due out in November 2015, and is once again being developed by Firaxis. It’s only been announced for PC, too, which hopefully means we won’t have to worry about the PC version being of secondary importance. Hooray!

Back The Bard’s Tale IV, get a free game