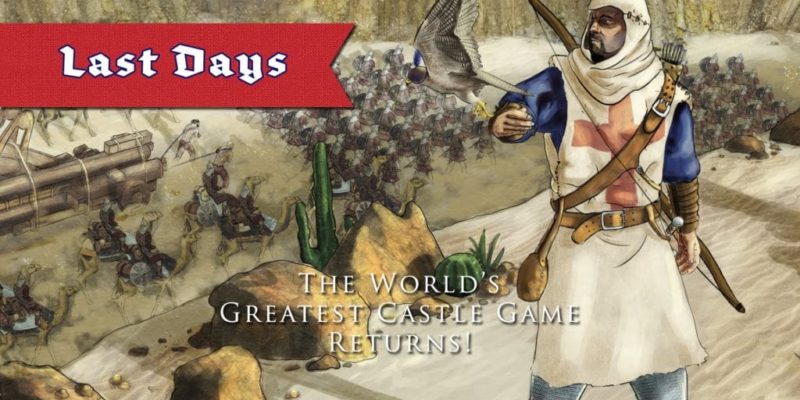 The sandy castle-building RTS has a number of funding options, starting at €15 for a Steam copy of the game with a few bonuses like backer forum access and some in-game currency, through €40 for beta access, all the way up to €3,000 for an invite to the launch party. Considering the game itself will retail at €40, the €15 option offers a pretty steep discount.

This is apparently the game that Firefly have been wanting to make for years, insofar as Stronghold Crusader is their favourite in the studio with the right balance between economy, castle-building, and military combat, all at a hectic pace. The pitch video (below) has the team explaining why they wanted to make this, what their goals are with it, why they’ve opted for crowdfunding, and includes a sneak peek at internal development practices like their motion capture studio. Sort of. Cough.

Other than the campaign mode there’ll be a sizeable 8-player multiplayer, as well as an offline skirmish mode against the AI, with game modes ranging from the ones you’d expect through to more unorthodox types like Capture the Flag and King of the Hill. I confess to being slightly worried at the mention of in-game currency, though.

Either way, Stronghold Crusader 2 is due to launch in March 2014, assuming that the crowdfunding goes to plan. We’ve also been catapulted a bevy of screens, which are also below. Aren’t we lovely? We’re lovely.

The crowdfunding crusade begins today, and ends on 26 September.

By Jason Rodriguez4 seconds ago
News