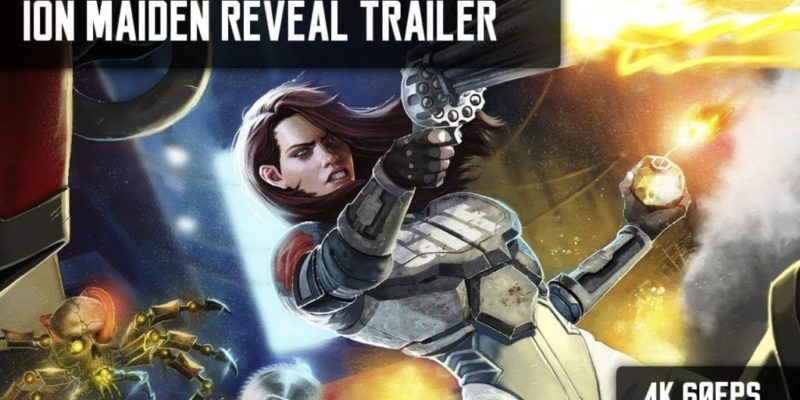 The first-person shooter genre flourished in the early 90s. Games like Shadow Warrior and Duke Nukem 3D were spawned from the Build engine, a marvel in cutting-edge technology of its time. From the beginning, 3D Realms was there to develop and publish games that would go on to become long-lasting franchises. Now, that same technology (and blood) that started it all is being utilized to power the latest 3D Realms title, Ion Maiden.

In the game, you play as Shelly “Bombshell” Harrison. You are tasked with saving Neo DC from the hands of Dr. Jadus Heskel. You can see some of Shelly’s Bowling Bombs going to work in the reveal trailer below, along with the use of a machine gun, shotgun, and mini-gun. The press release also details her Loverboy revolver as another important piece of weaponry that will come to her aid during tense moments of battle.

The game boasts a traditional first-person experience with no “…checkpoints, no regenerating health, and plenty of colorful keycards” during your journey through pixelated paradise, undoubtedly paving the way for moments of frustration and relief for anyone who can recall ye ‘old glory days.

Although Ion Maiden isn’t due for a full release until Q3 of 2018, it’s currently now available on Steam Early Access for download. There is a 10% discount on Ion Maiden until March 7, 2018, putting it at a $17.99 price point.

What are your thoughts on the newly announced Ion Maiden? Do you want to see more titles utilize older engines like Build on current hardware? Let us know in the comments below.

The Popularity of Microtransactions: Who’s to Blame – Gamers or Companies?