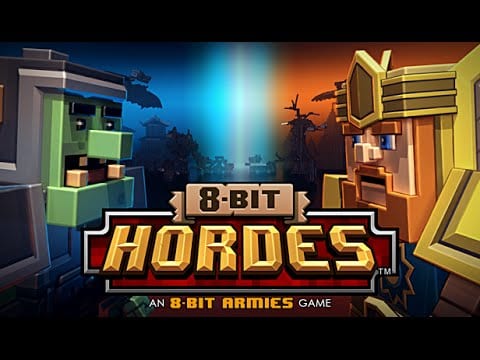 Petroglyph’s 8-Bit Armies is a nifty RTS and they’ve been teasing a new faction for some time. It’s more than a faction however, it’s a new game called 8-Bit Hordes.

Instead of adding a medieval faction to the current 8-Bit Armies release, 8-Bit Hordes will be a full game its own right with the added advantage of being “fully inter-operable with 8-Bit Armies“. This means that the factions in both games will be able to play against each other.

The new game will come with two factions, new maps, new co-op campaign, and once again feature music from the mighty Frank Klepacki.

With Blizzard having dropped the ball with the Warcraft RTS series, this is probably as close as you’ll get to a similarly themed game for a while. 8-Bit Armies is entertaining and this new addition to the series should be worth a look.

The game will be released on Steam this summer and owners of 8-Bot Armies will receive a substantial discount.

Civilization VI’s Aztecs are a pre-order bonus, but free later