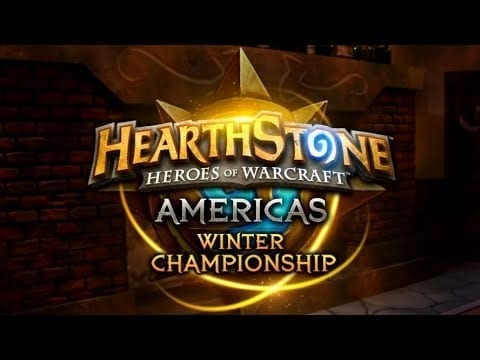 William “Amnesiac” Barton managed to win the 2016 Hearthstone Americas Winter Championship, which is a marvelous accomplishment. He won the whole tournament on Sunday evening with a 3-1 victory over the famous player Nostam.

Amnesiac emerged as a major North American talent last year, when he topped the regional server at the age of 14 (!). He started then to play a supporting role at the major Hearthstone esports organization Team Archonand and he steadily rose to one of the most talented players on Hearthstone.

In this years’ Winter Championship, he managed to win his final match against Nostam, the same opponent who defeated him “easily” the day before. Amnesiac quickly took a two-game lead, winning with his druid and rogue decks. Nostam won then the next match with his own druid deck, but in the fourth and final round he lost to Amnesiac’s control warrior.

The 15-Year-Old had said in the past that he wanted to take a little time away from school in order to succeed in tournaments. Well, it seems that the $25,000 grand prize and clinching an invite to the Global Finals at BlizzCon later this year proved that Amnesiac knew exactly what he was talking about the year before.

By Matthew Loffhagen6 mins ago
News