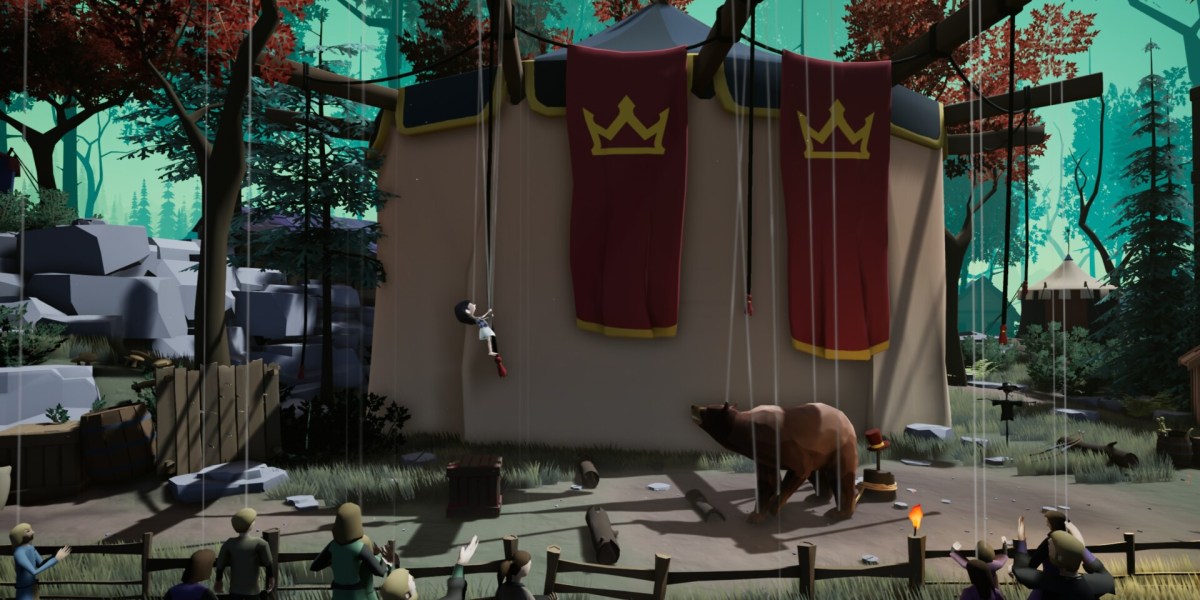 Cinematic puzzle platformers are enjoyable from time to time. I don’t go out of my way to play them regularly, but I’m more than happy to indulge when I spot something creative. A Juggler’s Tale doesn’t necessarily do much differently from a gameplay perspective, but it does have some surprisingly fresh ideas that make it stand out in a crowded field. It can be quite frustrating at times, but I’m glad I got the chance to spend a couple of hours going through its story, even if I’ll continue to begrudge it for a couple of awful segments.

A Juggler’s Tale is presented as a story told by a puppeteer during a puppet show. The curtains open on the story of Abby, a young girl who is enslaved by a local circus owner because of her ability to juggle. She’s allowed to perform in a show alongside a bear named Urs, but then she’s locked in a small cage. It’s, uh, really grim. But it doesn’t take long for Abby to make a break for it, and the puppeteer narrates the whole thing. It’s honestly pretty involved, even though, yeah, they’re all puppets. They don’t have faces or voices, just wooden dolls on strings.

But what makes the story special doesn’t show up until later. I’m not going to go into it, because it’s better to discover by playing the game. The way A Juggler’s Tale plays with narrative tropes and your expectations for them is very smart. Your time in the game won’t last long, though, as it clocks in at only a couple of hours. Though it is a good alternative to watching a movie, plus it has the pacing of one. It’s rare for a game this short to leave me feeling satisfied, but A Juggler’s Tale did. 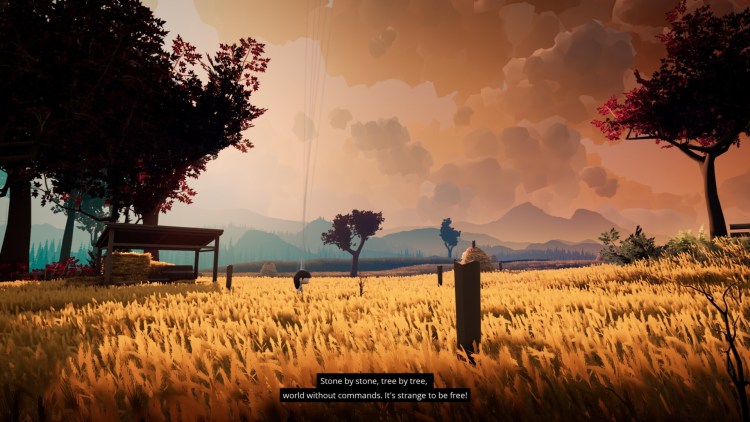 I’ll have the usual

You control Abby, who can jump and grab objects either to move them or manipulate them. Abby can push and pull certain objects or use levers or the like. What’s different is that you can interact with the strings attached to puppets. The strings also come into play during the game’s puzzles. For instance, Abby simply can’t walk under certain objects, as her strings will get caught, requiring her to find another way around. This occasionally leads to the puppeteer manipulating her directly to help her cross gaps.

The puzzles are decent and are typically not too hard to solve. Some are more clever in concept than they are fun to take part in, though. An early puzzle sees you carefully carrying torches in the rain while they’re in danger of being extinguished. This entire section is just kind of meh. It’s well designed enough, but it kind of got old after a couple of times, at which point it keeps going. A Juggler’s Tale is divided into five acts of varying lengths, with each taking place in a different location.

The game was made using Unreal Engine 4, and I was honestly surprised by how lovely the scenery can be. The use of color and wide vistas is quite gorgeous. It’s not something I expected from a puppet show, but only the dolls are truly designed to evoke that look. Everything else is mostly rendered as if it were a real thing, which does a lot to give the levels a sense of scale and scope that wouldn’t have existed otherwise. There’s only the one voice actor in the game, who portrays the puppeteer, but he’s very good and there’s more to his performance than the early game implies. 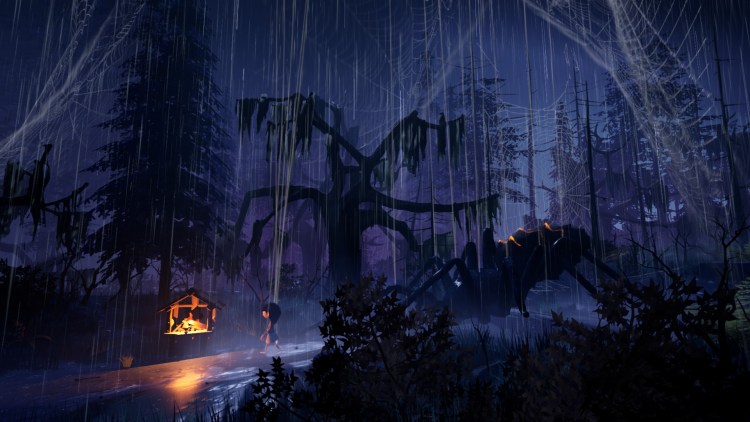 I shake my fist at you

While I did enjoy A Juggler’s Tale overall, I do have to go into those aforementioned sections. Honestly, they’re pretty terrible. The worse of the two involves pushing a cart past a guard with a lantern. At first, it’s not even clear that you can move the cart. But the problem here is that the guard often saw me when I should have had plenty of cover to hide behind.  This section frustrated me enormously, and I truly hope to never see it again.

Another section involved using a whirlpool to trap a boat that’s chasing you. It’s a really poor event that requires you to progress past the whirlpool once, only for you to learn that you’re about to be chased and cross it again. But you need to leave the whirlpool to trigger the subsequent sequence, so you really just have to guess and hope you did it correctly in order to move on. The kicker is that the whirlpool is only safe to travel for brief periods. If the timing is off by just a bit you’ll have to start over. It’s sloppy and, much like the cart section, it drags the game to a screeching halt.

One of A Juggler’s Tale‘s final sections aggravated me as well but for different reasons. The solution to one of the game’s final puzzles just doesn’t make logical sense at all. If anything, the solution breaks a rule that the game goes out of its way to establish. Again, I can’t go into it without spoiling a lot of the surprises. But all of these little sore spots added up enough to negatively affect my overall impression of the game design. It’s good that the writing and concepts are clever enough to balance it out. These sections would have totally sunk a lesser game. 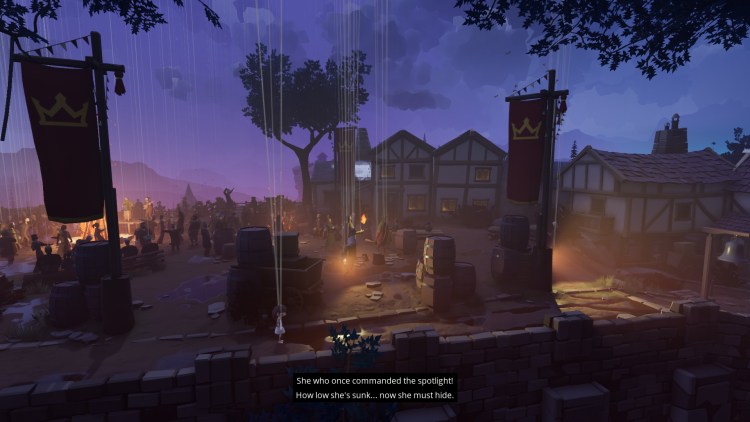 But A Juggler’s Tale really is greater than the sum of its parts. Even now, thinking back to its highlights and story concepts, I’m still impressed by how original sections of the game can be — frustration be damned. Between its creative story, surprisingly strong presentation, and some really fun ideas that correspond very well to the game’s puppet show theme, this is a game that fans of cinematic puzzle platformers would do well to check out. Unless they just really hate puppets.

A Juggler's Tale drops the ball some with its design, but puts on a worthwhile show due to its presentation and story.

The Last Friend review — Barking up the right tree

Away: The Survival Series review — Keep away from me