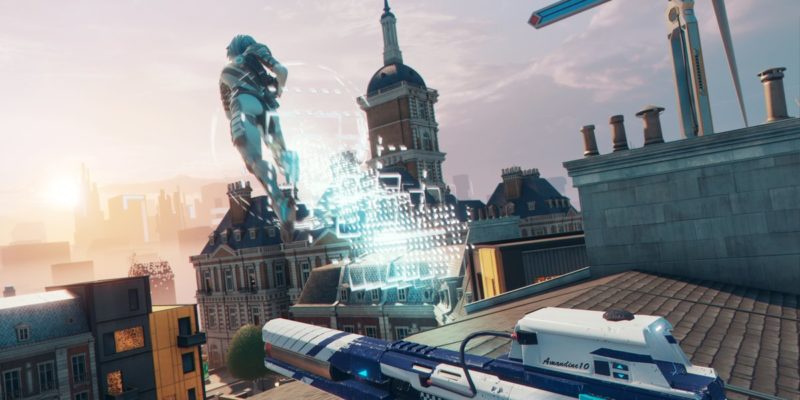 Ubisoft has added a brand new game mode to its battle royale, Hyper Scape. Many surprises were introduced to Neo Arcadia such as discovering memory shards. Since the release of Hyper Scape last month, players only had access to solo and squads. Now, the new limited time game mode known as Faction War has been released. Fans have been expecting the arrival of a limited time mode, as there was a in-game notification which stated so.

The Hyper Scape Faction War mode makes the game more fast paced and chaotic. It is a team based game which sees four teams of 24 players battling it out for the victory. The objective of the game is to eliminate as many players from the other three enemy factions as possible. A trailer which was uploaded to Hyper Scape’s official Twitter page gives you a glimpse into the Faction War action. The regular battle royale rules still apply as sectors do continuously collapse as the game progresses. However, Faction War allows you to respawn if you get eliminated by an enemy player.

Faction War is available to play until September 1. Play for free on PlayStation 4, Xbox One, and PC today. pic.twitter.com/PhgLGpXRp1

Faction War does it different

One unique feature when respawning is that you have to travel to a respawn beacon, which is indicated on the map. Following this, you have to interact with it and then wait for a teammate to revive you. The only down side to this is that there may not be any teammates nearby to revive you, or they may be too busy in gunfights. This means you could be waiting for a while to get back into the action.

Ubisoft has not indicated when the Hyper Scape Faction War limited time mode will disappear. It is a fresh new mode which can be useful when leveling up the Season 1 battle pass. As this is only the first limited time mode to be released, developers are likely to release more in the future. 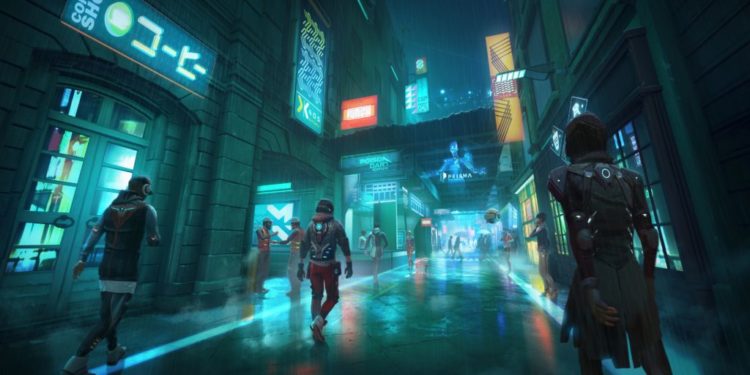