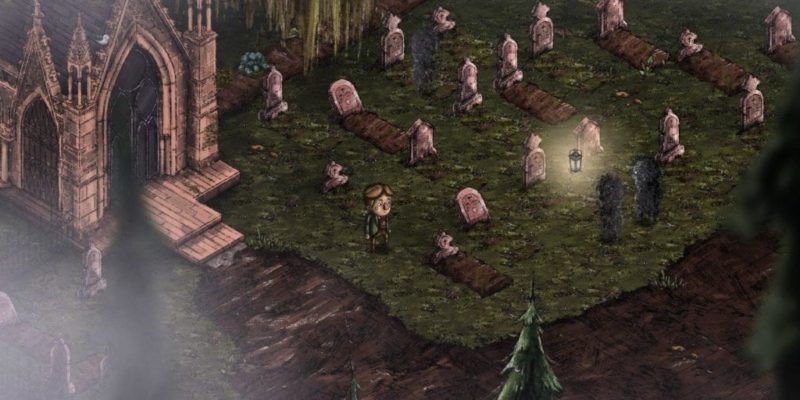 Indie studio ALPixel Games has released a trailer for their upcoming title, A Place for the Unwilling. The game puts you in the position of a person who must save a city that is slowly dying. During the story, you have exactly 21 days to achieve that task.

This narrative-driven game forces you to make decisions that will affect your surroundings. As you progress, you’ll take on work as a trader and socialize with people in the city. Ultimately, your choices will determine the outcome of the story. For those who enjoy games with multiple endings, this title should be perfect. The studio has stated that their goal was to create a game with a unique walkthrough during each playthrough.

A Place for the Unwilling is a Lovecraftian nightmare

A Place for the Unwilling takes place in a Lovecraft-inspired nightmare world. The art featured in the trailer appears almost hand-drawn. The characters have that cartoony look that reminds me of Octopath Traveler, but with a more home-grown appeal.

This game features no combat to speak of. A Place for the Unwilling is all about the story and how your choices affect it. You’ll meet characters that vary from poor, anarchist children on the streets to wealthy politicians. There are also no mini-maps or quest markers. The player must progress through the game by talking to NPCs and using the dialogue to figure out what to do next.

The trailer shows a game that has all of the Lovecraftian elements of isolation and horror. While it shows no actual monsters, something is clearly plaguing this town. Whether or not it is at the hands of some creature or even something else entirely is not clear. But the game looks to offer just that sort of mystery that is known in dark, Victorian-era horror.

Shapeshift and carve your path through Vane, out on PC this month