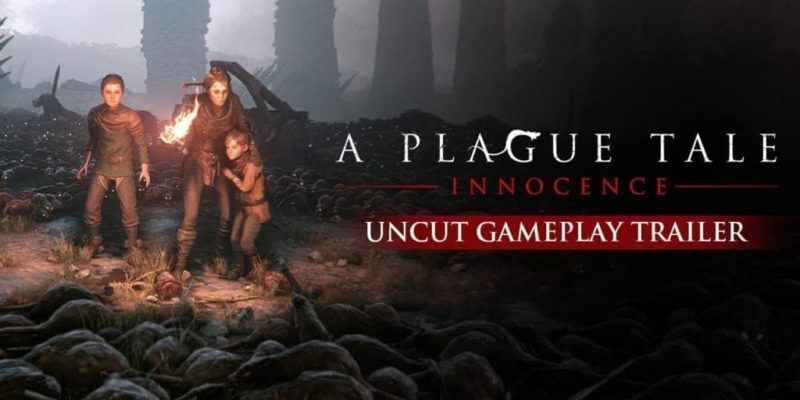 We just talked about the man-sized rats of Warhammer: Vermintide 2, and now we’re talking about the real thing. The furry critters might be a nuisance in real life, making you yelp and scream in shock, but that’s it. After all, a little rat never hurt anyone. Well, tell that to victims of the bubonic plague and a literal “vermin tide” — a swarm of festering, diseased rats that are out to devour anyone in their path. That’s what this recent gameplay trailer for A Plague Tale: Innocence shows. Watch it below.

A Plague Tale: Innocence — innocence lost in a sea of plagued rats

At its very core, A Plague Tale: Innocence is about surviving and protecting your loved ones. Sure, it’s set during 1349. England and France are battling in the Hundred Years War and The Black Death, the bubonic plague, killed millions across Europe — but your task is simply to guide Amicia and Hugo to safety. Amicia carries a torch, the only light in the darkness that holds the vermin at bay.

It reminds us of games such as Brothers: A Tale of Two Sons, and even the recent God of War game. You play the role of a character protecting their family members and kin against all odds. This time around, rather than the otherworldly or the fantastical, your challenges lie in something that indeed happened historically if a little embellished. While it’s true that flea-bitten rats did spread the bubonic plague across Europe and parts of Asia, they probably weren’t swarming and eating every living thing around. That’s mostly the brainchild of Hollywood with flicks such as Ben, Willard, or games like Dishonored.

Still, that does not detract from the fact that A Plague Tale: Innocence is shaping up to be a terrifying yet emotionally-charged game. We can only hope that developer Asobo Studio finds success and deliver on its full potential once the game releases in 2019.

For Honor becomes free-to-own on Steam, peaking at 216,000 players