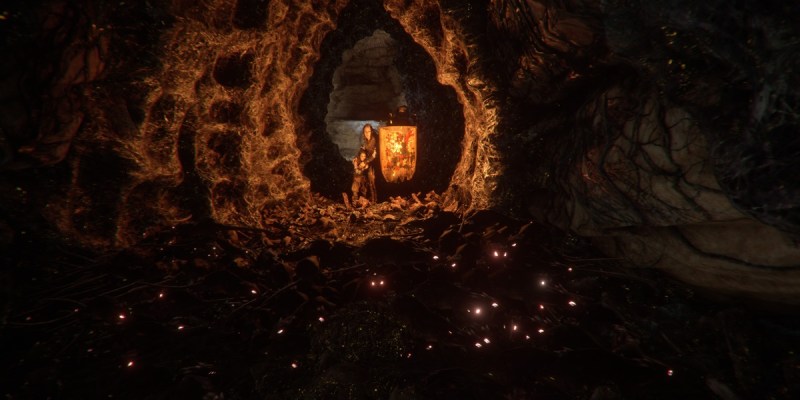 A Plague Tale: Requiem, much like its predecessor, will have you pestered by an endless wave of rats. These voracious vermin will quickly gobble up anyone they see, so you’ll have to use all the tools at your disposal if you wish to make it out alive. Here’s our A Plague Tale: Requiem guide to help you survive and control rat swarms, as well as how to complete rat chase sequences.

Note: For more information, check out our guides and features hub for A Plague Tale: Requiem.

A Plague Tale: Requiem – How to survive and control rats

The first time you’ll encounter rat swarms in A Plague Tale: Requiem is during Chapter 2 – Newcomers. Amicia and Lucas are in the middle of exploring a shanty town only for a platform to collapse, sending them all the way down to the sewers. A chase sequence occurs here, and many more will follow in later levels.

For chase sequences, just remember to hold down the sprint button while moving the directional keys/thumbstick. In some cases, there will be obstacles, so be ready to press additional button prompts when necessary. Still, the biggest annoyance here is how the camera tends to pan around. Take note of when this occurs so you can shift directions quickly. 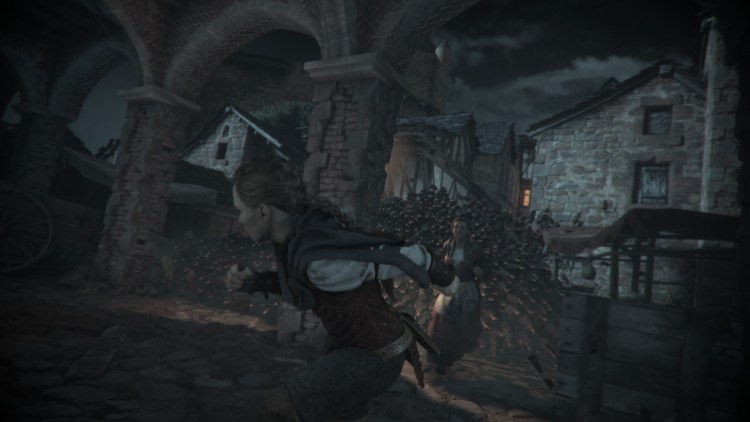 Fire and other tools

If you want to survive rats in A Plague Tale: Requiem, you’ll need to look for fires. The vermin are terrified of fire, so torches and braziers will cause them to back away. Be on the lookout for lamps that might be hanging from chains, as you can use your slingshot to cause these to move/fall to scare the critters. Also, if you’ve only got a stick, remember that the fire will burn out after roughly 15 seconds.

Note: There’s a certain radius where the rodents won’t go near you. If you dash past a couple of them, Amicia might only get slowed. However, if there are more of them, the slowing effect will be greater, and she’ll get brought down and eaten rather easily. 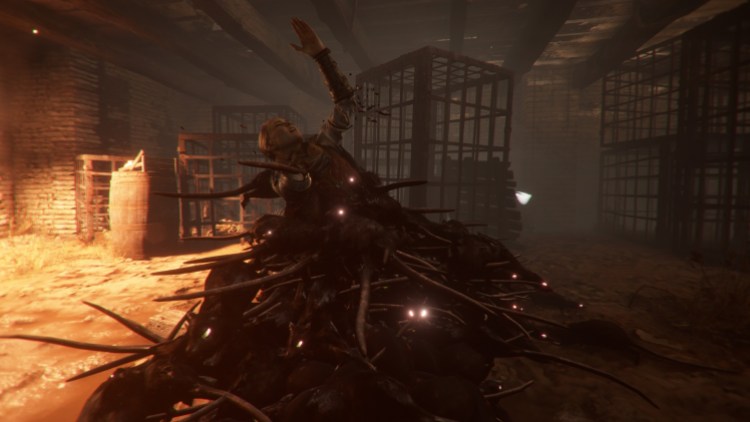 Other tools will also be made available as you progress:

Hugo will gain additional capabilities to control rat swarms in A Plague Tale: Requiem. During Chapter 6, he’ll be able to ping the area to reveal nearby enemies (i.e., detecting them by way of the rats). Shortly thereafter, you can click on a horde of critters while holding the ping button.

This lets you control them, akin to a “first-person swarm view.” You can move them around using the directional keys/thumbstick, so they can eat hostile soldiers. Just be forewarned that they won’t go near torches/flame sources. Additionally, if they’ve gobbled up some baddies already and you let go, Hugo won’t be able to use them again (i.e., the horde is too big). Lastly, subsequent chapters will show a meter representing Hugo’s strain when attempting to control them.