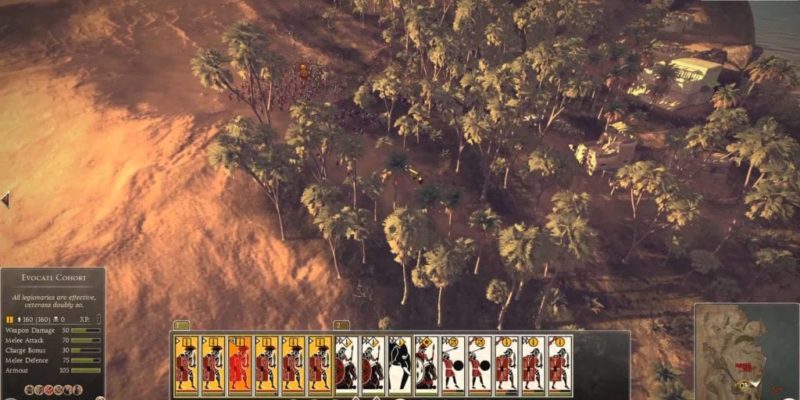 “It was Thursday, and Michael Bluth was wondering about the latest developments in Rome II.”

Creative Assembly’s Joey Williams is joined by non-professional Ron Howard impersonator Al Bickham (maybe it’s just the hat and the beard, I dunno) for a full playthrough of the “Battle of the Nile” encounter from Total War: Rome II. It’s the one they showed off during E3, except this time Bickham will be playing as the Romans rather than Egyptians.

Will he be able to scale the hill in time and overcome the Egyptian defenses? Is he about to be crushed underfoot by war elephants and pummeled by the might of the Egyptian navy? Have a look below to find out.

Total War: Rome II will be released in early September. We’ll have some more features on the game coming up soon here at IncGamers.

Surprise! Batman will be in Infinite Crisis

Ladies and Gentlemen, Frontier Developments is floating (in stocks)