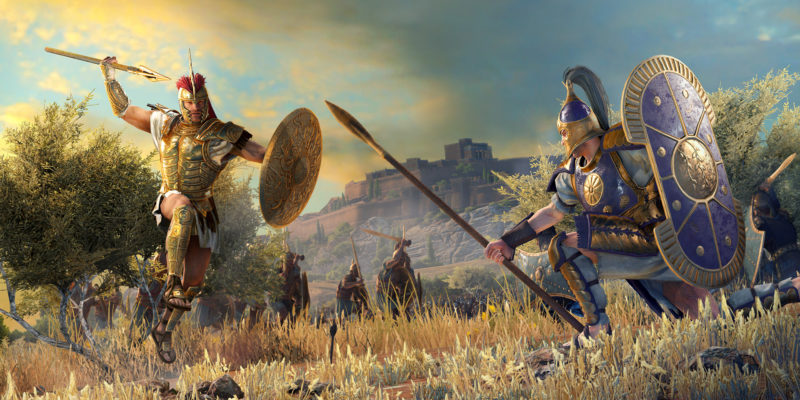 The Total War franchise from Creative Assembly has been busy of late, revealing new collections as well as a roadmap of upcoming DLC for its various games. However, the next big entry will be the upcoming A Total War Saga: Troy, and fans may be wondering just how things are being changed when it comes to the war between the Greeks and the Trojans. Several new videos have been released by Creative Assembly to tackle that problem, and it all comes down to the heroes.

In A Total War Saga: Troy, the heroes are central figures. Not only do they affect your army aesthetically, but they also bring with them unique mechanics. The heroes also affect what units you can recruit to your army.

For the Greeks, we get a look at the lineup of Danaan Heroes. First up is Achilles, who aspires to be the “best warrior the world has ever known.” Fighting duels are all part of his daily life. However, despite being impervious to defeat, the manner of victory will affect his mood. This will in turn change how he governs in A Total War Saga: Troy. For Agamemnon, his gameplay revolves around gathering vassals and amassing tribute. He also has the ability to appoint other heroes to positions of power, all in the name of claiming glory for himself.

For Odysseus, his ability lies in getting spies into enemy territory. This allows for the establishment of safe havens in A Total War Saga: Troy. This allows him to recruit even on foreign soil. Coastal mastery will also give this hero an advantage on the oceans. As for Menelaus, he can recruit any units from allied factions. In fact, he can take advantage of his allies’ tech trees and unique units to form a strong foundation of his own.

Switching to the Trojans in A Total War Saga: Troy, it is a whole different war. Hector relies heavily on making friends. The more territories he becomes allied with, the more bonuses he gets from their partnership. Hector shares a unique mechanic with Paris, which is the favor of their father, Priam. You earn more benevolence the better you perform at fulfilling Paris’ requests. At the end, the victor becomes king of Troy, and gains all territories of Troy and even those under the other brother.

As for Paris, his life revolves around his wife Helen. Their moves are intertwined, and their respective moods can affect both territories and armies alike. Keeping her happy will make Paris happy, which bodes well for your troops and people. Aeneas, on the other hand, is more religious. He can perform different omens that will please the gods, or even head into the underworld to gain the buffs of dead heroes. Lastly, Sarpedon is the master of trade. Utilizing his prowess in trade, you can gain influence and power that will keep you in a good position. He can even find unique resources that only he can exploit. 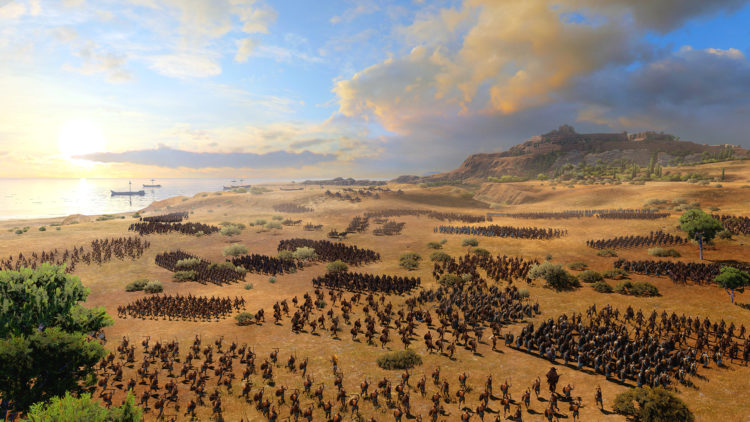 Every hero and faction will work differently, and like all Total War games, A Total War Saga: Troy wants you to find the perfect companion to your playstyle. With such distinct differences, we are in for a good war come August 13 when the game launches.