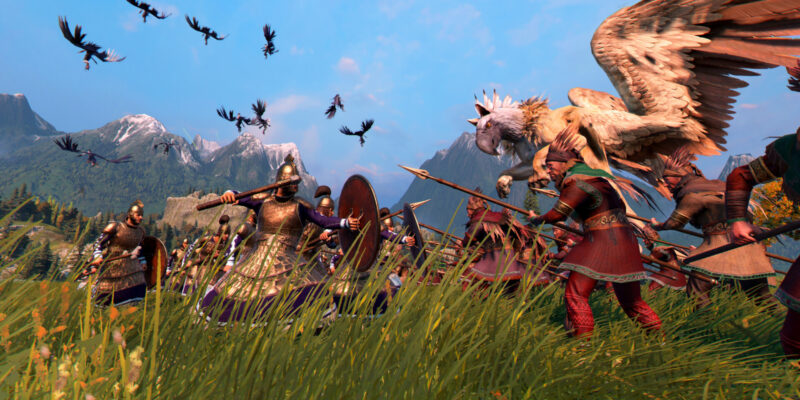 What’s a complicated historical strategy game without massive expansions? If you enjoy A Total War Saga: Troy, and you very well already have it (considering that it was totally free at launch), then the upcoming Mythos expansion might give you reason enough to head back into the fray. The expansion, as the title suggests, will focus on adding mythological elements to the game, and will release on September 2. There will be three expeditions that’ll let you not only find legendary creatures, but battle and tame them as well. Mythology is truly a well that humankind will never get sick of going back to.

As for the identities of said creatures, they’re naturally all familiar classics. You’ve got a Cerberus, the three-headed giant canine guarding the entrance to the Underworld. Then there’s the friggin’ Hydra, the terrifying serpent with nine regrowing heads that refuses to go down without a fight. Finally, you’ll contend with the significantly less terrifying one-headed Griffin, a giant bird that is a bird and giant. In addition to that terrible trio, the Mythos expansion will also throw new legendary units your way, including the Arimaspoi and Shades straight from the Underworld. You’ll even be able to command units such as minotaurs and cyclopses. They’re really hitting that checklist, aren’t they?

Troy will release some Mythos in September

Even if you don’t feel like buying the Mythos expansion, A Total War Saga: Troy will add some free content that’ll be available to all players. This new content includes a brand new game type called History Mode that lets players experience the campaign from a perspective that’s more historically accurate. For instance, you’ll find no individuals with godly powers taking on armies singlehandedly, here. Plus, the game is coming to Steam the day Mythos launches, with three editions, including one that contains just the Mythos expansion and another that includes all of the game’s current DLC.

Check out the trailer for Mythos below: