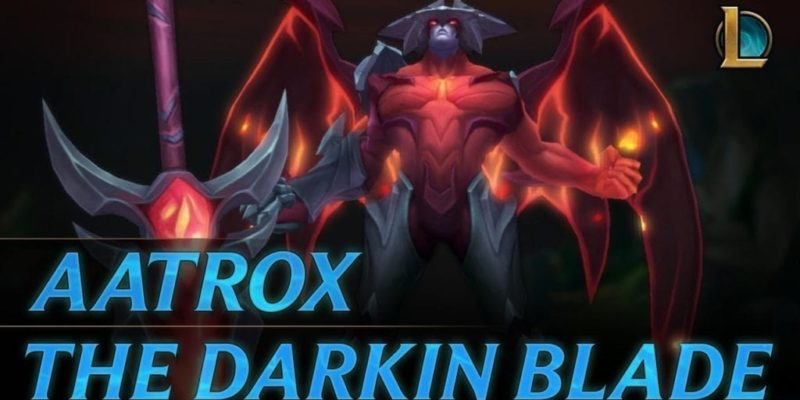 After five years and one of the longest awaited reworks to date, Aatrox has finally received his long overdue rework. Currently still on the P.B.E. (or Public Beta Environment), it seems that Riot decided to go all out to try and give this seemingly forgotten champion a whole new kit, look, and animations. I have to admit, he looks phenomenal, but his abilities all seem to have a similar look and feel to other champions in the game. Of course, this isn’t anything new. We have seen mechanics reused from other champs in the past, but these seem a lot more obvious than others. If you have watched gameplay of the Aatrox rework then maybe you have also seen that his kit is of awfully similar that of Rivens. A three-part Q ability that involves knocking up enemies. The W acts as a form of crowd control and an E that is a Dash that gives a bonus effect. Then an Ultimate that overall buffs their damage output. There are some key differences in the mechanics and how Aatrox’s abilities interact with each other, but there is no denying that these two don’t have extremely similar abilities.

Here are what Aatrox’s abilities fully do according to his teaser page on the League of Legends website.

“Aatrox’s next basic attack has increased range and deals a percentage of the target’s maximum health as damage. This attack also significantly reduces all healing and shielding on the target for a few seconds. Deathbringer Stance’s cooldown is slightly reduced whenever Aatrox casts a spell or when he lands the edge of The Darkin Blade on a champion.”

“Aatrox swings his greatsword up to three times. Each cast increases in damage, impacts a unique area of effect, and can hit with the edge of the blade (a second, smaller hitbox). Edge of the blade: Hitting enemies at the far end of the first two casts and the center of the third briefly knocks them up and deals significantly more damage.”

“Aatrox smashes the ground, damaging the first enemy hit and briefly slowing them. If it’s a champion or large monster, they are chained to the impact area. If the chained enemy is still in the impact area after a few seconds, they are dragged to the center and take damage again”

“Passive: Aatrox heals for a portion of the damage he deals.

Active: Aatrox dashes, increasing his attack damage for a few seconds. Umbral Dash can store up to 2 charges and can be used simultaneously with The Darkin Blade.”

“Aatrox unleashes his full might, becoming monstrous in size and taking flight on massive wings. As he transforms, Aatrox fears nearby minions and briefly increases his movement speed (this bonus is reactivated when out of combat). While transformed, Aatrox increases his overall damage and gains a Blood Well that stores health over World Ender’s duration, reviving him if he takes lethal damage while in his true form.”

Incorporating Aatrox’s dash while using other abilities to reposition yourself in a team fight is what sets him apart from Riven. As for those Aatrox players, they will have to change up their playstyles if they wish to continue playing this champ because he has a completely different playstyle. There will be no more building attack speed and continuously be sustaining yourself in a team fight. He plays more like a front-line bruiser, healing from his abilities and disrupting team fights. Be sure to let me know how you feel about the Aatrox rework in the comments below and also let us know what rework you are looking forward to in the future.

World of Warcraft Classic will start with the Patch 1.12