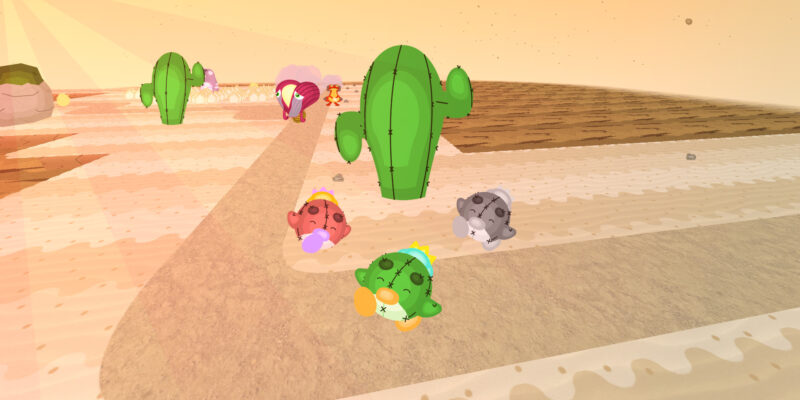 I very much like the combat and tactical considerations of games like Shin Megami Tensei and Pokemon. What I don’t much care for is all the trial and error of acquiring new teammates and the grind of leveling up each individual member. Abomi Nation, a new rogue-lite that is very much inspired by the aforementioned games, has what I’m fond of, while avoiding the things that annoy me. The game is releasing today and it offers hours of randomly-generated, monster-battling fun. But the question stands: is Abomi Nation worth it?

Each run in Abomi Nation is all about protecting the light spirit, Ioti, and taking them on a quest to stop the dark spirit, Furcifuge. At the beginning of each run, you’ll pick between one of a few starting Abomis. Where have I seen that before? Each of the three starters will offer their own elemental strengths and weaknesses, and I started with an earth monster on my first run. As the game is randomly generated, the world you explore and enemies you meet will be different every time you start over. Runs really aren’t all that short, either. Every time an Abomi falls in battle, they full-on die, though. Lose ’em all and your run is kaput.

Battles play out similar to Pokemon, but with some differences. The most immediately noticeable of these is that you can have three of your six party members on the field with you at all times. However, only one can be in play at a time. That being said, the Abomi in play can buff the other two. Some attacks can also hit these members off to the side, which is a neat extra tactical consideration. Abomi Nation also lets you freely check both friendly and hostile Abomi’s bestiary entries to see what their strengths and weaknesses are. 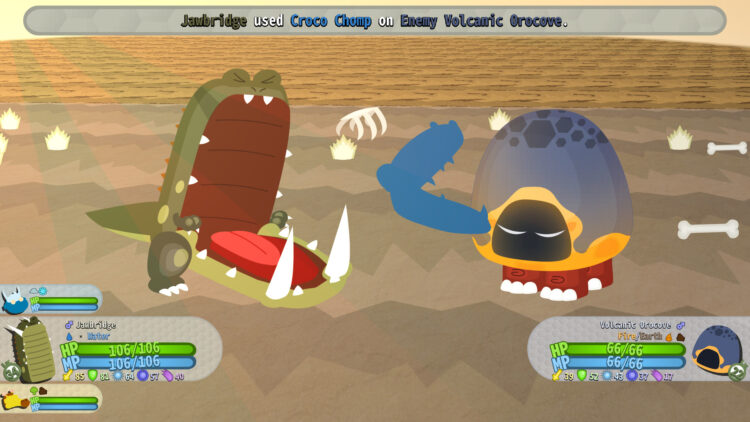 Another big difference with Abomi Nation is that you directly control Abomis while moving around the world map. You don’t have any handler to show up in-game. It’s all you, which I thought was cool. The game doesn’t have random battles either, all enemies simply appear on the map. In between adventure areas, you’ll find towns where you can freely heal at a campfire, purchase new items, or take part in mini games based on risk and reward. You can even buy evolution crystals and evolve your Abomis. There are also plenty of resource gathering locations that reward you with items.

As for whether Abomi Nation is worth it, I can wholeheartedly say that it is. The game is simply fun and puts an enjoyably randomized rogue-lite spin on the Pokemon formula that I think will really resonate with players. Even the dialogue is cute and can be quite witty. It goes well with the game’s charming art style and visuals. There’s also a good amount of Abomis in the game, with over 100 to meet. As such, the game has hours and hours of replayability, plus you can even turn permadeath off if you’d rather not permanently lose your party members. And with the difficulty options there’s something for people of all skill levels to enjoy. 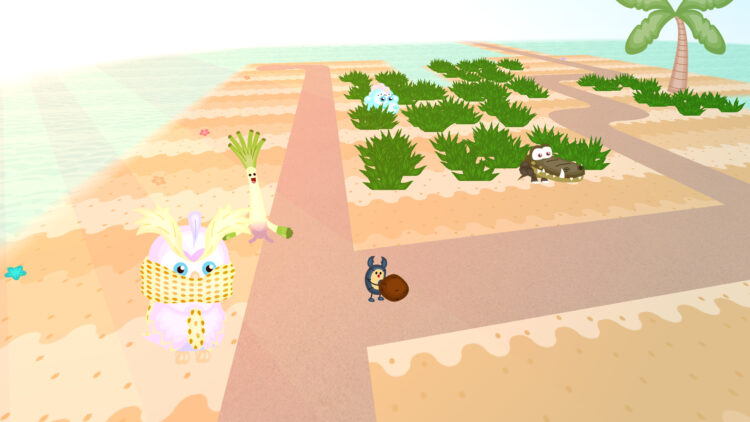