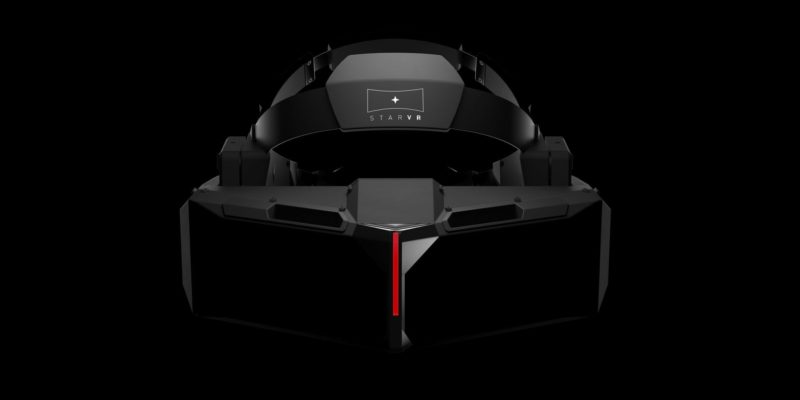 Starbreeze has kept quite quiet since they revealed StarVR last year but there’s finally some movement from the team working on their interesting looking VR system StarVR.

Acer and Starbreeze have now formed a “joint venture” for the StarVR headset which was revealed at E3 last year in a very basic form.

“Since our launch in June 2015, we have had an amazing start with StarVR. By partnering with Acer we shift gears yet again to firmly position us as the leader in top-end VR experiences. Acer is an excellent, experienced and prominent hardware partner that will accelerate us in realizing and producing a high-definition, high-fidelity VR headset,” said Bo Andersson Klint, Starbreeze CEO. “We’ve been working with a clear roadmap for our VR strategy from day one, and are now about to realize one of the first major collaborations we set out to achieve. The future for StarVR is now set and extremely exciting.”

“Acer is thrilled to join forces with Starbreeze in bringing the StarVR head-mounted display to the market,” said Jason Chen, Acer Corporate President and CEO. “We are devoting R&D resources across multiple aspects of the VR ecosystem for a coherent and high-quality experience, while just last month Acer announced powerful desktops and notebooks fully-ready for StarVR. Starbreeze and Acer share the same goal of delivering best-in-class VR applications, and we look forward to unlocking new VR possibilities together with this partnership. ”

Earlier this year, Starbreeze revealed plans to open a VR Arcade in LA this summer so this announcement could help propel the project forward.

Making Of Song of the Deep