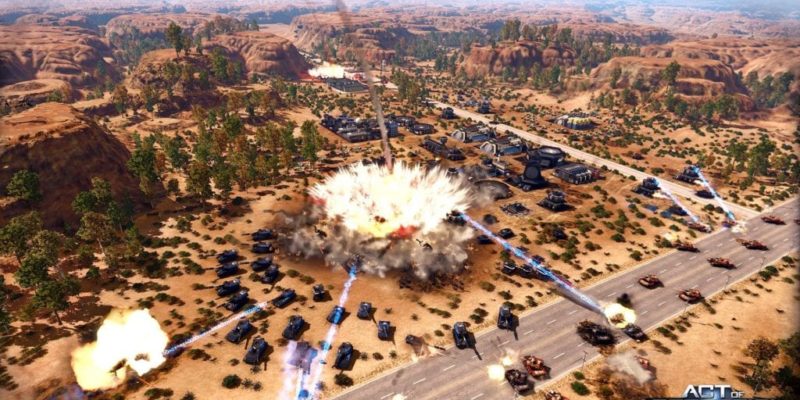 Act of Aggression‘s beta has received a 1.2GB update, adding in the game’s third faction and tweaking the zoom functionality.

The update’s headline feature is the addition of the Cartel – the game’s super-stealthy “shadow army”, focused on optical camouflage and infiltration. A new narrated gameplay video, which you can see below, sums up how these sneaky buggers work.

While not quite as sexy, the changes to the game’s zoom function are perhaps as important. Players have been wanting the ability to zoom the game out further, but doing so causes performance issues, and setting it as an option for higher-end systems would give a bit of an unfair advantage to those with more powerful computers. Eugen have now tweaked the engine, though, and the camera can zoom out a further 30-40% without negatively impacting performance at all. You can read up more about this on the official blog post.

Other than that, this patch tweaks a few features, adjusts balance and sounds, sorts out some bugs and crashes, and adds in three new maps. There are a couple of known issues with the patch, but you can see all the details on the patch notes here.

Act of Aggression is due out on 2 September, but you can get immediate access to the beta by pre-ordering the game now. I think we’re going to have some detailed coverage of the game coming soon, so keep your eyes open for that.