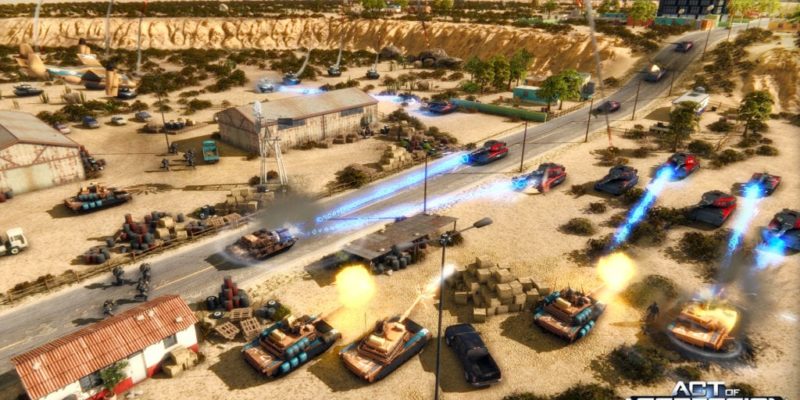 Near-future RTS Act of Aggression will be unleashing its anger at the public in September.

Act of Aggression is a Eugen Systems RTS, which is something that should immediately make you sit up and take note because they’re the developers of the Wargame series, as well as the superb (and underrated) RUSE. Rather than opting for a heavy strategic wargame, though, it looks like Eugen are making more of a traditional RTS with Act of Aggression. The techno-thriller setting reminds me quite a lot of Act of War, if anyone remembers that. That’s not to say it lacks innovation, though; you can, for instance, capture tank crews and wounded foes to use as prisoners of war.

A new trailer, alongside the release window announcement, showcases the Chimera faction. The Chimera are a UNO-funded task force with the greatest versatility of any of the three factions, capable of adapting to pretty much any situation. Their base functions as a power generator, and their heavy use of unmanned vehicles for exploration and transport lets them save their manpower for exoskeleton-wearing super soldiers. Their units are extraordinarily cash-reliant, though, and while they’re versatile, they don’t really excel at any particular role.

The other two factions are the US Army, a raw powerhouse that can rank up their units and improve their veterancy but are limited by current technology, and the Cartel, a shadowy group born of PMCs that are fragile and expensive but have access to all sorts of prototype weapons.

Act of Aggression is due out in September.