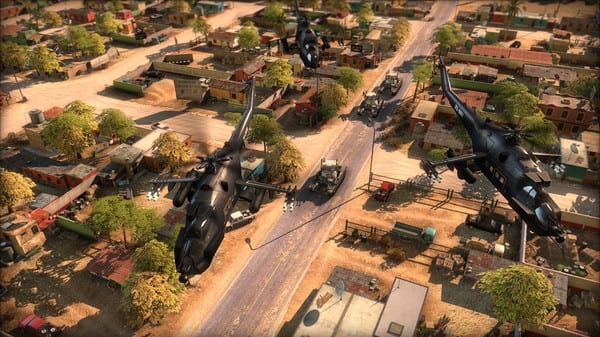 Eugen Systems have created some decent RTS games in recent years (Ruse and the wargame series), and their next title is called Act of Aggression.

This is one title you should keep an eye on because while there Wargame series was not the easiest to master, they did offer some real strategy if you persevered with understanding the mechanics and interface.

In Act of Aggression three global superpowers will go head to head with near future prototype miltary hardware and comes with goold old base building, tech trees, and resource harvesting. With the C&C franchise now dead, this is one game we hope will revitalise the modern warfare RTS genre which has been rather ignored in recent years.

Today they revealed that the game will be released on 2 September and pre-orders are now up and running on Steam with 15% off which also comes with access to the multiplayer beta.

The beta test is expected to launch in a few weeks (mid-July) and will give players the chance to go hands-on with the three factions as more content is added to the beta as it progresses.

A new trailer which demonstrates the action can now be consumed.