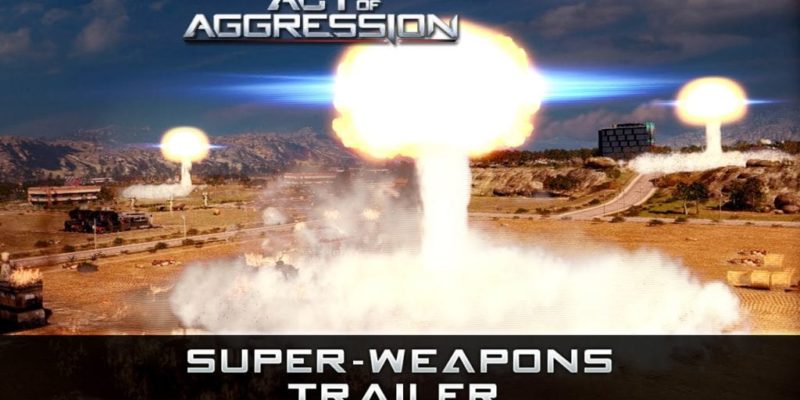 Eugen Systems have released a new trailer for their upcoming  real-time strategy title Act of Aggression. The trailer shows off the superweapons of the three factions.  The US’s Peacekeeper (nuke), The Chimera’s Omega Blitzer (massive railgun) and finally the Cartel’s THOR control center (ion cannon like affair).

Act of Aggression is available for pre-order now which will give you instance access to single player skirmish and multiplayer.

I’ve been playing this over the past two days and I want to play more – I have the attention span of a cat so I always take this as a good sign.  There is plenty of variety in the units, the tech trees aren’t convoluted and there’s scope for bold attacks or employing sneakier tactics. It puts me in mind of my Command & Conquer days.

Act of Aggression is due for full release on September 2.