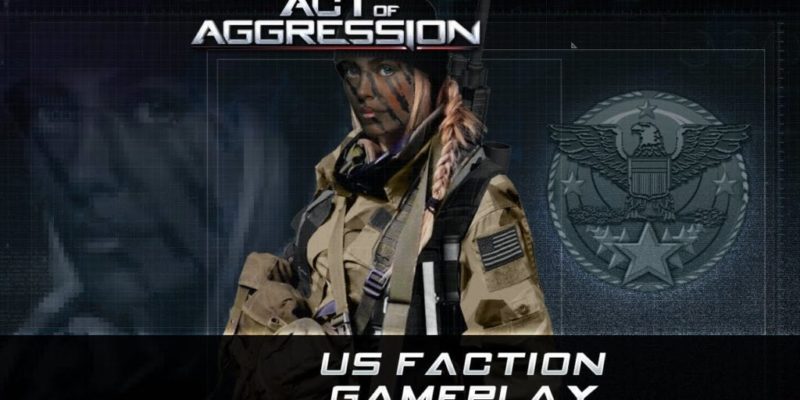 A new video for forthcoming RTS Act of Aggression takes a detailed look at the game’s US Army faction.

I don’t think we’ve mentioned Act of Aggression much before, which is a bit sad, because it’s looking rather good. Developed by Eugen Systems (they of RUSE and the Wargame: Many Subtitles series), it’s an attempt at creating a more traditional RTS with three asymmetrical factions, base building, resource harvesting, and all that good stuff. As I’m rather a fan of both traditional RTS games and what Eugen have managed with their various attempts at simplifying wargames into something heavily tactical but less terrifying from an interface perspective, I’m a little bit excited.

Anyway, the US Army. The first of the three factions offers some of the strongest individual units in the game, the majority of which can be heavily specialised for particular roles. The flipside to this is that their units are very specialised, and don’t perform too well outside of those roles… but when you’ve got an M1A1 Abrams Tusk punching holes in the enemy defences, that may not matter too much.

The remaining two factions are the Chimera, a UNO-funded task-force that relies on versatility, and the Cartel, a shady group originating from PMCs that relies on the latest tech, but suffers from being fragile and requiring stealth and cunning to master.