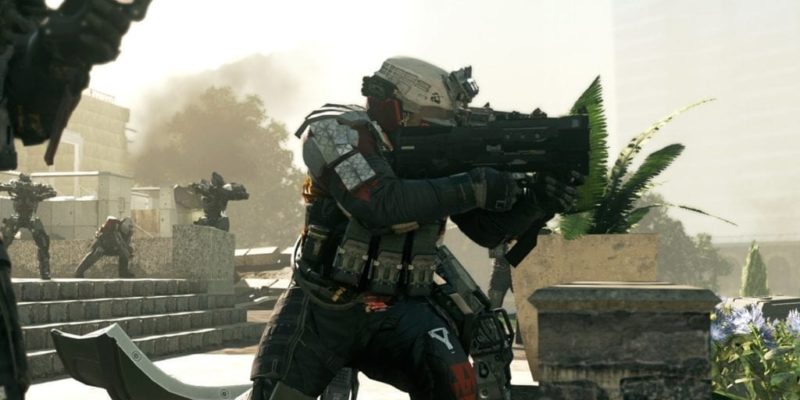 The latest Call of Duty title, Call of Duty Infinite Warfare, received a reveal trailer earlier this week. After only five days, the trailer has received nearly 12 million views. Unfortunately, most of those views were not positive ones. The trailer has, currently, a staggering 772k number of dislikes, and only 200k likes on YouTube.

In response to this, Activision CEO, Eric Hirshberg, commented on the number on dislikes in a quarterly earnings call with investors. Hirshberg was incredibly underwhelmed by the amount of hate the trailer has been receiving, but I’ll just let him speak for himself:

On the second part of your question related to Infinite Warfare, first of all you got to love the passion of gamers. This is an industry like no other, and a fan base like no other and we love that our fans treat this franchise like it’s their own and have such strong points of view about it. There just aren’t many entertainment franchises on Earth that can generate the kind of passion that Call of Duty can and that’s a good thing.

And while of course we see the passionate opinions online, we also look at other measurements. And the fact is, while it’s very early, pre-orders are off to a very strong start. Views of the reveal trailer that you referred to are up and in fact the number of likes per view on the Infinite Warfare reveal trailer are also the highest we’ve ever seen.

We’ve seen this in the franchise before. The reveal trailer for Black Ops II, which took the franchise into the future for the first time, had the most dislikes of any reveal trailer we had ever made at that time. And that, of course, went on to become our most successful game ever.

And right now, the franchise has never been stronger. We have more people playing Black Ops III, a game that takes place in the future with boost jumps and fictitious weapons and all the rest, than any game in our history. So what we know for sure is that if we always just did what worked in the past and never took any creative risks, we wouldn’t have a franchise. The day to worry is the day we stop trying new things.

To be clear, the Black Ops II reveal trailer only has around 60k dislikes, with well over 35 million views after four years, but I guess we’ll just have to take Hirshberg’s word for it.

If you have yet to see the trailer, you can check it out below, along with some of our thoughts on Call of Duty vs. Battlefield moving forward. Make sure to leave us a comment with your thoughts on the reveal and Activision’s response while you’re down there as well.

NVIDIA Delivers the ‘Goods’ with GTX 1080