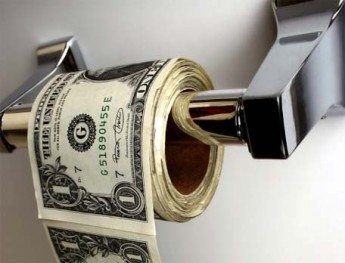 Looks as though the settlement Activision paid to former Infinity Ward employees Vince Zampella and Jason West may have been in the “ten of millions”.

That’s enough money to wipe your arse with.

That’s according to Cowen and Company analyst Doug Crueutz. Of course, we’ll never know the actual figure because part of the deal was that details of the settlement remain “strictly confidential”.

Activision paid the money in a bid to prevent the two parties being caught up in what would have likely been a lengthy court battle. At one point Zampella and West were thought to be asking for $1 billion. While it’s unlikely that Activision’s settlement would have consisted of such a large sum, it does point towards any money paid to the two being of a rather high order.

So, it seems that developers can make a lot of money. Just get in argument with publisher and make sure your case is strong enough to scare them into unloading their wallet at your feet.

Has Bethesda acquired the STALKER rights?