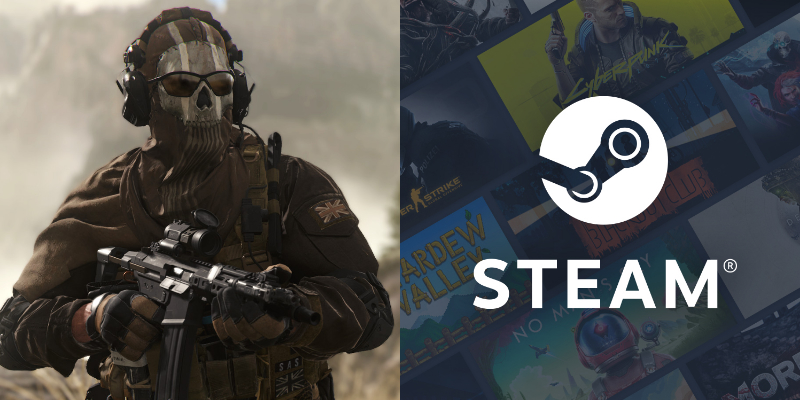 Activision has set up a publisher page on Steam, as spotted by Reddit user atahutahatena on r/pcgaming. For most publishers, this wouldn’t be newsworthy. Steam is by far the biggest digital distributor of games on PC. It’s only natural that game publishers would take advantage of that. However, Activision has largely avoided Steam, locking its games behind its own platform, Battle.net.

The addition of a Steam page for Activision signals something significant. The AAA publisher is making its return and future Activision games will be sold on Steam in some capacity. The most notable of these games is Modern Warfare 2, which is launching in October.

Despite Activision Blizzard being a combined company, it doesn’t look as though Blizzard is coming along for the ride. It’s strictly Activision-published games that are coming to Steam. There’s currently no indication that future Blizzard-published games will follow. So Modern Warfare 2 might be available, but don’t expect Overwatch 2 anytime soon. Although it’s possible that Microsoft could change things up once its acquisition of Activision Blizzard goes through.

As usual, the answer is money. All games sold on Steam have to pay a percentage cut to Valve as a trade-off for using its platform. This cut is thought to be around 30%, which, for a large-scale AAA game, results in a lot of lost revenue. So, if a publisher like Activision believes that it can avoid the Steam cut while still getting good sales, it will do just that.

Activision’s Steam page with Modern Warfare 2 as the featured game.