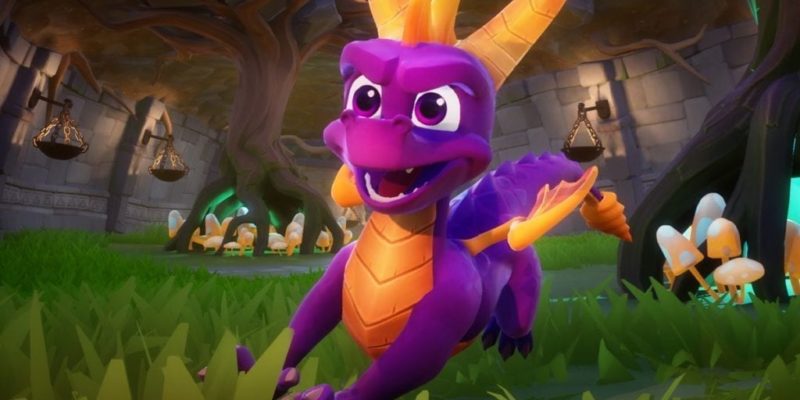 Activision has seen immense success with its remasters of both Crash Bandicoot and Spyro The Dragon. They’ve revived series that 90s kids are brimming with nostalgia for, and it seems the company picked the right time to get into the remaster game. In a recent Q&A for its second-quarter financial earnings, president Rob Kostich stated that the company will likely invest in remasters of other classic series going forward.

“We have seen great results from remastering Crash; Spyro; incredible games modernized for today’s platforms,” Kostich said. He then detailed how the N. Sane Trilogy shifted around 10 million copies across all platforms, which had a big impact on Activision’s bottom line. He claimed there was a lot of potential for growth based on these classic franchises, and that other series would be ripe for the opportunity to get their own remaster treatment. “Stay tuned for future announcements on remasters of other franchises,” Kostich stated.

That could mean a lot of things, considering the back catalog that Activision holds. While it did previously try its hand at a Tony Hawk’s Pro Skater remaster years ago, the series is just about at the tipping point for the nostalgically-minded. With a better developer on the series and more care taken to pay homage to the past, a proper HD version of the original Pro Skater trilogy could be real lightning in a bottle. There’s also the Guitar Hero series, which Activision put on ice after the relative failure of 2015’s Guitar Hero Live. It used to dominate the sales charts, and a new release or remaster might just start the rhythm craze all over again.

Whatever happens, just know that Activision isn’t letting Crash‘s success go to waste. We’ll likely hear about plans for Crash Team Racing: Nitro-Fueled on PC soon. And they may yet follow that up with an announcement of some other series getting resurrected. That deserves a big, “WOAH!”

Minute of Islands looks like Adventure Time drawn by Moebius