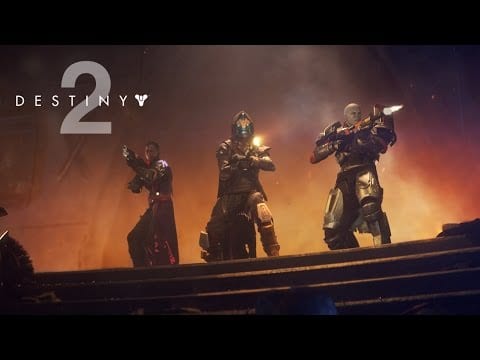 Activision’s E3 offerings (as far as the PC is concerned) will be Destiny 2 and Call of Duty: WW2, with both titles said to be playable at the show. For those of us at a distance, that’ll hopefully result in some informative gameplay footage.

In a pre-emptive press release, the publisher has summarised what they’ll be showing from each of those games. Not all of this might make it off the show floor, of course. For Destiny 2, there will be information about the upcoming open beta (which is presumably also happening on PC, despite the later release date), and demonstrate a “brand-new Guardian subclass” called the Arcstrider Hunter.

People actually at E3 will be able to play Destiny 2’s campaign mode, as well as both competitive and co-operative multiplayer. It’ll be running on PS4 Pro at some booths, and PC at others (notably Nvidia’s).

Call of Duty: WW2 will be debuting a new multiplayer mode called ‘War’ (inventive title, there). Developed in conjunction with Raven Software, the War mode is apparently “narrative-driven” and involves Axis and Allied teams fighting in team-driven assault and defend missions. It sounds quite like Battlefield 1’s ‘Operations’, at least when summarised like that.

This next CoD game will also divide players into different Divisions (or ‘Classes’ as they’re often known). Here’s the description of the five different types.

Join the Airborne Division, the first to the fight, where you move fast and stay quiet; the Mountain Division, where a sharp shooter focus is precise and deadly; the Infantry Division as the tip of the spear; the Armoured Division, which brings the heaviest firepower; or the Expeditionary Force who is packing heat with incendiary shells.