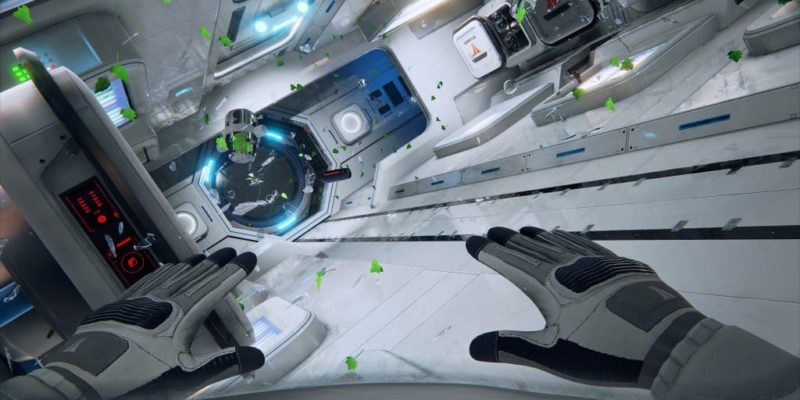 Adr1ft has been dubbed an FPX,  or First-Person Experience, and it will be launching on 28 March, the same day the first Rift headsets make their way into the world.

Although the game is aimed at VR, there’s a normal version which will also be launching on Steam.

In Adr1ft players find themselves waking up amongst the debris of a destroyed space station following some sort of catastrophic “event”. Trapped with no way home and floating around in a damaged space suit, the aim is to stay alive and try and get back to earth. HUnt thr wreckage, find clues that explain what’s happened then try and get back home. Expect a heavy focus on the narrative.

505 Games announced the release date on Twitter along with a tiny snippet of video footage from the game which is being developed by Three One Zero.