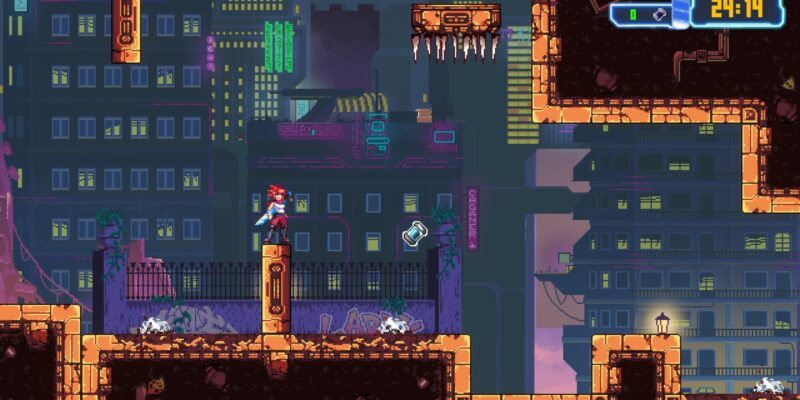 Aeon Drive is the sequel to the shoot ’em up Dimension Drive. However, it’s not remotely the same, as it’s in a different genre completely. Aeon Drive is a 2D platformer based around speedrunning. If competing to get to the top of the leaderboards is something you’re into, then this game will likely be very interesting to you. It’s got good graphics, wonderful controls, and the mechanics are a blast. However, it’s also extremely short, has a mostly useless gimmick component, and doesn’t do nearly as much as it could have to attract people not likely to take part in leaderboard chasing. Regardless, this is a very well-made game that will satisfy people who want to vie for leaderboard dominance.

Taking place following the ending of Dimension Drive, Aeon Drive sees Jack and her AI companion Vera on a new adventure. An entire city is about to explode and the only way to stop it is to retrieve power cells in each section, or something. I’m not sure what’s going on here exactly, nor am I sure how racing through ten stages gets Jack a power cell, but it has something to do with Vera slowing down time. There are conversations between these two characters in between level sets and they’re not only voice acted, but the voice acting is surprisingly good.

There are 100 levels in Aeon Drive, but don’t assume that means there’s a ton of content. The entire game can be beaten in about two and a half hours if you don’t care about collectibles. Of course, if that’s the case, you’ll get a really bad ending. Getting the good ending requires collecting the gem in each level. But, the game clearly isn’t meant to be rushed through. If you do play the game this way, you’ll notice how easy it is to simply get to the exit. Many levels are easy enough to beat on your first try. 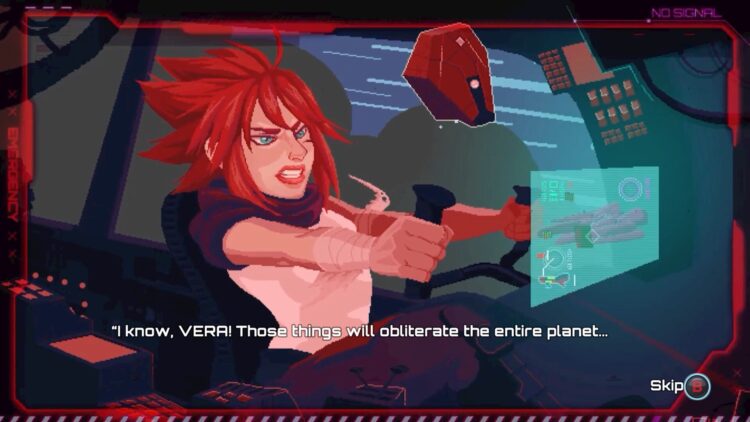 There’s a central gimmick to Aeon Drive‘s levels. When you start each level, you have 30 seconds on the timer. If that timer runs out, you lose. Your goal is to get Jack to the level’s exit with time left on the clock, in order to move her on to the next level. There are ten sections made up of ten levels, with each containing hourglasses you can collect. For every four in your position, you get to press a button and add five seconds to the clock. This is supposed to represent slowing down time, I think.

But, there’s an issue. It’s rarely necessary to add any time to the clock. Even if you’re not blazing through a level, you’ll still usually be able to get to the end without adding anything. All the higher spots on the leaderboards are going to be occupied by players who didn’t need any extra time, as most levels can be beaten in around 10 seconds when you know what you’re doing. I placed on the leaderboard myself quite a few times, which would be impressive, if it wasn’t solely due to the fact that only a relatively small number of people got to play Aeon Drive early.

However, this is a speedrunning game, so the best thing about it is shaving small bits of time off runs to get the fastest times you can. The levels are so much more fun when you’re playing them with the focus of climbing the leaderboards. There was at least one level where I realized that I could shoot to the #1 leaderboard position, and it was a rush. 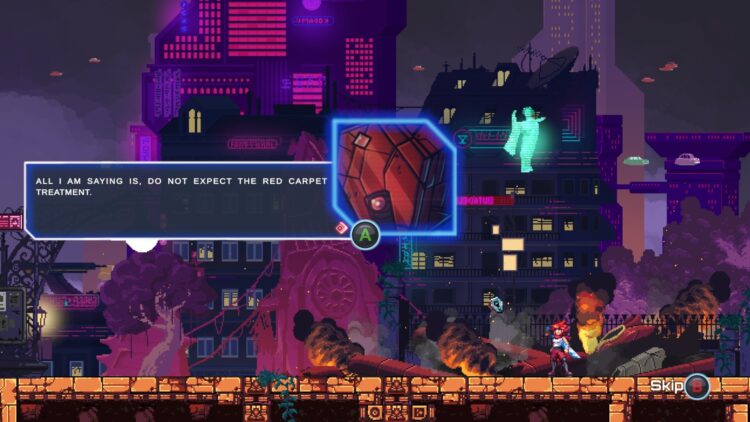 Of course, even chasing leaderboards would be pointless if the game didn’t have a solid bedrock. Aeon Drive‘s gameplay is so good that I wish there was a level editor so I could make my own Mega Man-esque platformer levels. Jack can slash with a melee weapon, slide, wall jump, and shoot a warp device that acts as a projectile and teleports her. The controls are pretty perfect and I almost always felt like I was in complete control of even the tiniest movements.

You’ll find enemies in each level, and slashing your way through them while dodging death beams and picking your routes is so satisfying. When Jack shoots the warp device at something, she can then warp directly to it with the press of a button. This is how she’ll get past beams and other obstacles. The level design is similarly great, even if the game is far from difficult. Unless you aim to master it, of course. That’s not to say it’s never hard. There are a few levels toward the end of the game where the difficulty kicks up a fair deal and you might actually have to use some of those time items to make it through.

Levels all have multiple routes you can choose when making your way, and figuring out which path is fastest is one of the best parts of the game. Additionally, there are three types of collectibles strewn throughout the levels: gems, cubes, and… uh, hot dogs. Don’t ask me. Some collectibles unlock art or information in the gallery. Hunting for these is fun, but not everyone will care. That’s the single largest misstep Aeon Drive makes. Almost all of the focus is on leaderboard chasing. 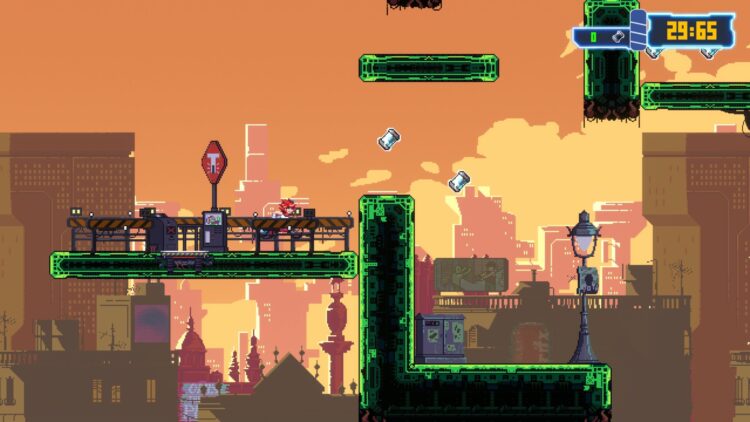 It would be so easy to make Aeon Drive more interesting for casual players. All it needs is to have bronze, silver, and gold times that you can get medals for and tally them on the level select screen. That would give players who aren’t bothered about leaderboards something to focus on. Also, being able to buy things with collectibles would help in that regard. Palette swaps, new outfits, new swords, whatever, anything would have worked. I really like this game and I’m definitely going back in for collectibles and leaderboard chasing, but it’s clearly not for everybody. Regardless, this is a high-quality title that has a lot going for it.

Phenomenal controls and addictive gameplay are the crux of Aeon Drive. This is a very good speedrunning game that I wish did more to draw in a certain crowd, but it'll please the devoted all the same.

NEO: The World Ends With You — Is it worth it?

Monster Hunter Rise will release on PC in January, demo coming in October