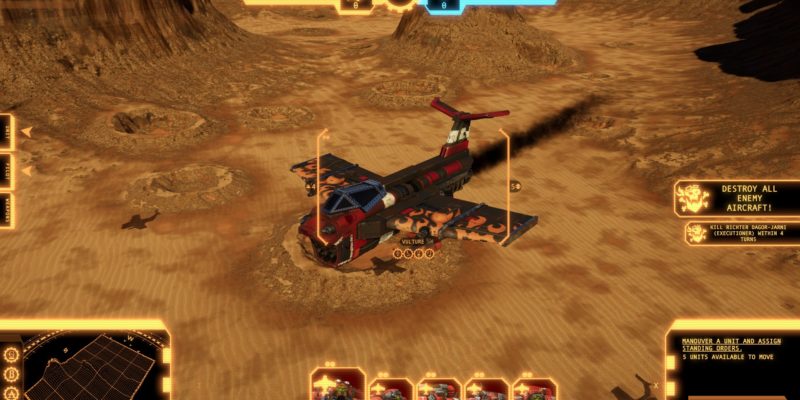 So you know about Warhammer 40K: the skull-gothic fascists of the Imperium of Man, the endless ranks of Imperial Guard and the superhuman elite of Space Marines, their warped Chaos Space Marine counterparts, and all sorts of aliens and demons besetting humanity. Orks are one of them, a race of genetically-engineered barbarians literally born to fight. They’re the best xeno race in the setting, and they’re invading Rynn’s World, the home territory of the Crimson Fists chapter of Space Marines. And while they and the local Imperial Guard forces fight on the ground, the pilots of the Imperial Navy battle the Ork Airwaaaagh! in the skies.

Dakka dakka dakka, but on a plane

In the game, you’ll be able to control either of those forces. You’ll take them through various scenarios (online or versus AI) or even go deep with a procedurally-generated campaign to dominate the skies of Rynn’s World. Of course, the real meat of Aeronautica Imperialis: Flight Command is obviously pitting your wing of fighters, bombers, and gunships against the enemy in turn-based battles. 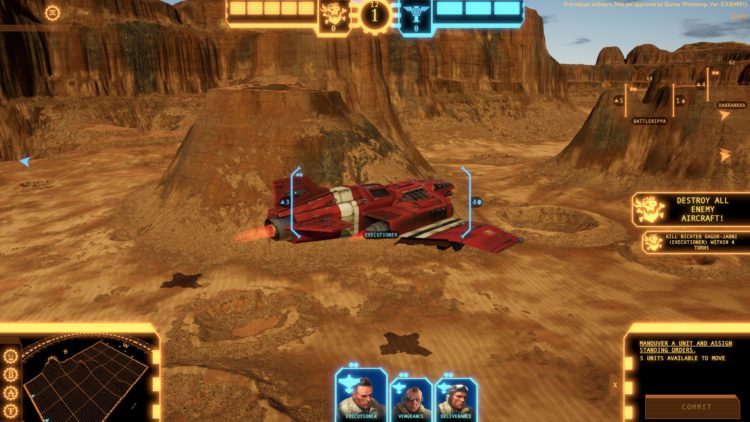 Thunderbolt still makes no sense except for one: the sense of AWESOME.

Your fights are set to last no longer than 12 turns. The curious bit is the simultaneous resolution. You set your orders for you pilots, the enemy does the same for theirs, and then the game moves the planes, rolls the dice, and you see what happens in real time. Say what you want, but turn-based simultaneous resolution is probably the best type of turn-based strategy games there is.

Meanwhile, even in the fully 3D environment of Aeronautica Imperialis: Flight Command, setting the air maneuvers for your pilots to carry out isn’t hard. What’s more, the game provides help for setting up the fancier ones. Of course, some of this stuff depends on altitude and speed. It’s not that hard to adjust them manually, but you don’t have full freedom to do that – after all, there is some regard to physics.

But after you set the stage, you have to trust your pilots to do their best. You don’t normally set targets in Aeronautica Imperialis: Flight Command – you have to leave it to you warriors to blast the closest enemy out of the sky. Of course, you can make them concentrate fire on a specific target and/or to fire at optimal range. 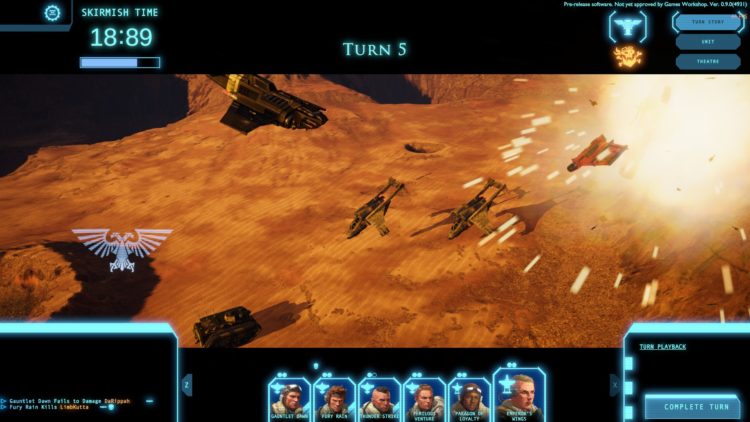 Flying a Valkyrie in an aerial fight involves a lot of praying.

You’d want to do that because ammo is limited in the game. Sure, you only get 12 turns, but that’s plenty of time to burn through the lascannon and autocannon reserves on the Thunderbolt as well as expend all the missiles it has. What happens then? Well, you can order you planes to exit the field and disengage. This is good for preserving your pilots in the campaign and for denying the enemy victory points in anything.

Granted, it’s not all aerial dueling in Aeronautica Imperialis: Flight Command. Both Orks and Humans will go on bombing runs or require strafing runs on ground targets. Granted, neither of those activities are likely to happen unopposed, so there will always be fighting.

A hangar queen of a game

And it’s a good thing that it’s only a beta preview version of the game, because the game neither looks nor sounds as exciting as I make it out to be. Aeronautica Imperialis: Flight Command might have great models for Thunderbolts and a decent enough interface, but that’s about it for the looks department. I can’t even say that fighta-bommas look any better than their plastic counterparts. 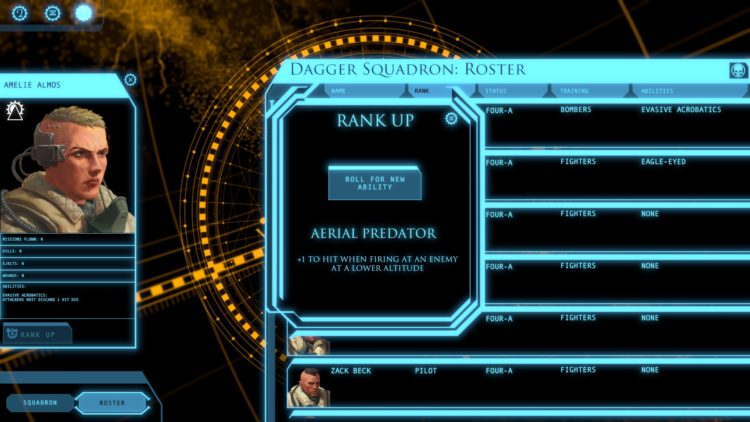 Great for booming and zooming!

What’s worse is that movement of the planes is neither graceful nor fluid. Their animations need a lot more work, especially those terrible small pivots the planes do to shoot at targets that fall into their firing arc but aren’t just straight ahead. The missiles — from launching to flight to impact — disappoint as well.

The cardinal sin, however, is the fact that there are no plane crash animation. Shoot one down and it disintegrates mid air, the bits falling at a right angle to the ground. This was bloody terrible in World in Conflict – and that’s an ancient RTS that wasn’t even focused on planes. I sure hope the end result is lot more like amazing the crashes we see in the Wargame series.

The only good part of the audio so far is in the voice acting department. There seems to be plenty of spoken lines in the scenario briefings, so that’s nice. But I do miss unit barks from the pilots, and the guns could use to sound better. But who knows – it’s not a finished product yet, so a lot might still change. For example, I’d wish to not encounter any more bugs like the one that placed half of my flight below the ground level on my first campaign mission. Not a great start! 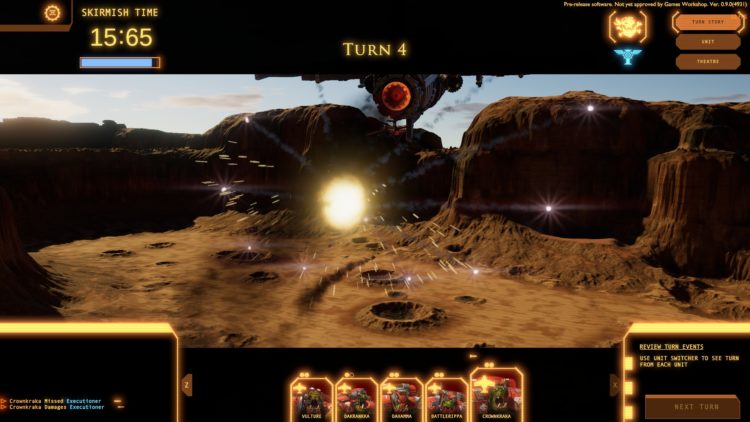 This is some “game on Miniclip” level of visual effects.

Aeronautica Imperialis: Flight Command has potential in it. It’s good to see Games Workshop feeling confident enough to give the game digital wings while also supporting the tabletop version. As long as the animations and sounds can be improved, we might be in for a treat.

Ion Hazzikostas discusses how World of Warcraft community has evolved