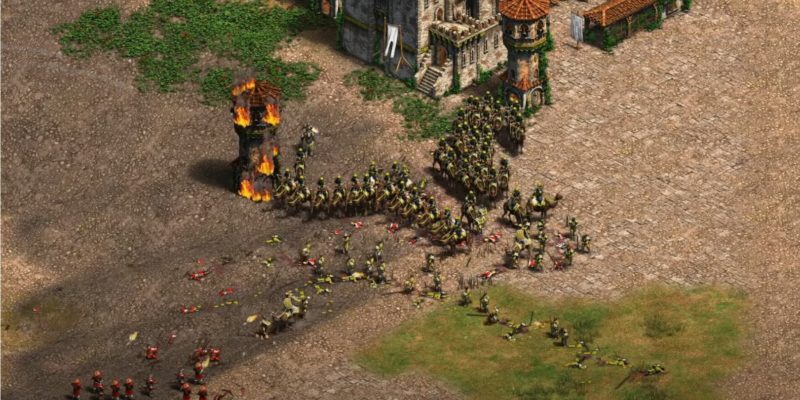 Fans of a particular vintage may have been in love with the real-time strategy classic Age of Empires 2. Recent remasters of the game and its sequel have definitely left some with a sour taste in their mouths though. However, that does not mean it is lacking an audience. With its first birthday coming up, a new Age of Empires 2: Definitive Edition update is in the works. The Anniversary Update will add a host of new features and balancing tweaks to the game. In addition to that, it is getting something particularly modern and trendy. The Anniversary Update will bring a battle royale mode to the RTS.

Just think about it. Eight different nations get dropped onto an island, and the battle begins. Just like with any battle royale out there, this new mode is set to shake things up aplenty for the strategic players. As part of the new Age of Empires 2: Definitive Edition update, up to eight players will enter a map at random locations. Armed with only a few soldiers, it is up to your cunning and tactical thinking in order to secure victory.

The soldiers are able to capture different military buildings and resource camps. This will in turn allow you to bolster your numbers. Be on the lookout for the dangerous, ever-closing circle of fog. There are also the island guardians to steer clear of. And of course, other players will come for you as well. This unique blend of genres is certainly refreshing, and it will be interesting to see how the community takes to it.

This Age of Empires 2: Definitive Edition update will also overhaul the main menu of the game. The social menu will optimize how you can add friends to games, while a new Quickplay mode is meant to get you matchmaking for unranked play in an instant. The Civilization UI shall also seen some changes so that you know the exact strengths and weaknesses of your enemies. Balance tweaks are also expected, and we will learn more when the full patch notes drop.