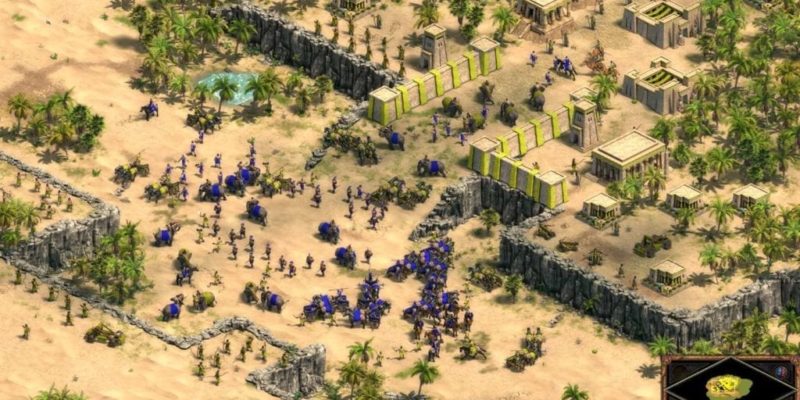 Age of Empires: Definitive Edition, which brings the ancient game to modern visual standards, will feature cross-play compatibility between games bought on Microsoft Store and Steam.

This is great news for strategy fans everywhere. No matter which platform you bought the game on, you will be able to play multiplayer games with anyone else who owns it. And that’s quite important since a few of your friends – or you yourself – will likely be getting the game via “Xbox Game Pass for PC. ”

AoE: DE will support crossplay between both platforms, so you'll be able to play with everyone no matter what! Owning the game on one store won't give you a license on the other, but you can add non-Steam titles to your Steam library if that's where you like to manage your games.

Said “Xbox Game Pass for PC” will offer players 100 games developed by Xbox Game Studios. 20 of these titles will be made available on Steam, too, and this line-up will include the Definitive Editions of Age of Empires I, II and III.

The cross-play train plows ahead

This is but one of the latest developments in the continuing march of cross-platform play. Call of Duty: Modern Warfare seems to be the biggest high-ticket customer supporting this trend so far. Of course, CoD‘s issues with input matchmaking are probably much trickier than whatever would prevent Microsoft Store and Steam players from playing together. It’s no doubt much easier for two PC systems to hook up than it is for the different consoles. Nevertheless, this sort of support from a major player like Microsoft can only assist gamers as they continue to push for more cross-play in their titles.

Age of Empires: Definitive Edition, the rebirth of the first game in the series, is already available on Microsoft Store. However, you may want to hold out for the Steam version or get the pass instead.

Will you be taking advantage of Age of Empires: Definitive Edition‘s cross-play features? Have you already picked up the Microsoft Store version, or are you waiting for Steam? Let us know your thoughts in the comments below!