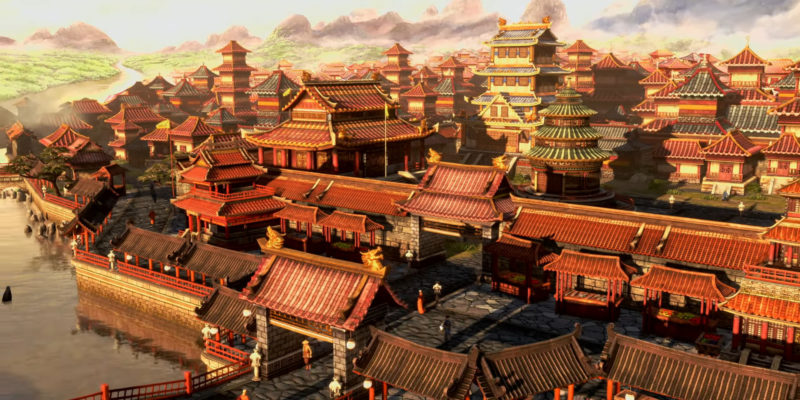 With both Age of Empires I and II remastered for modern machines, it only makes sense that the third sees the same treatment. Age of Empires III: Definitive Edition was confirmed today during Gamescom 2020, and brings with it all the advancements of the age. Much like its predecessors, the game has the full audio and visual remastering treatment. It will arrive on October 15 for both PC and Game Pass.

From the trailer alone, this game is getting a hefty remaster. I’ve played the definitive editions of the previous games, but Age of Empires III: Definitive Edition looks spectacular. According to Microsoft, the game will include resolution up to 4K, along with improved UI, cross-play multiplayer, enhanced audio, and remade 3D assets.

Age of Empires III: Definitive Edition also comes with all the expansions, plus more. The game will include not only two additional game modes, but two new civilizations to play. Both the Swedes and the Incas are getting added to the game, bringing the number of playable civilizations to an even 10.

Not your everyday remaster

Developer World’s Edge is also improving the game in new ways. According to the official site, the developer took a closer look at how Native American cultures were depicted in the original build of the game. The team worked “directly with tribal consultants to respectfully and accurately capture the uniqueness of their peoples, history, and cultures.”

Age of Empires III: Definitive Edition will be available on a couple months on Steam, the Windows Store, and Xbox Game Pass for PC. For those who already own the first two games on Steam or the Windows Store, you’ll get a 25% discount on the third when it arrives. At launch, all three games will be bundled into one and priced at $44.99. Of course, if you are already subscribed to the Game Pass, you can just download at your leisure.