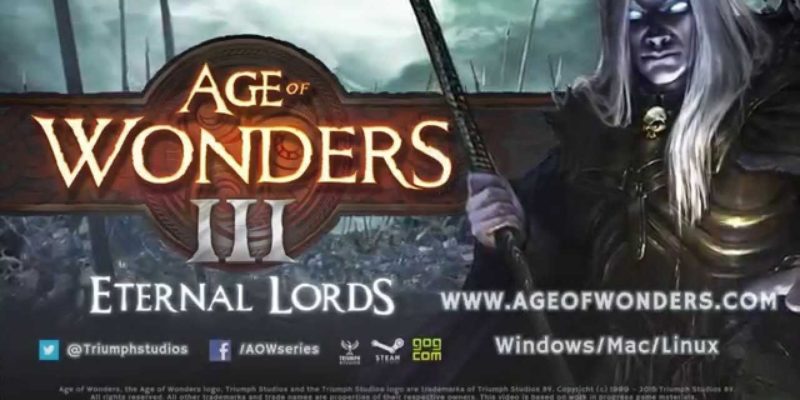 Age of Wonders 3 will be getting a second major expansion in April, with the ominous-sounding name Eternal Lords. Rightly ominous, because it’ll add necromancers as a player class.

Necromancers are weirdos who like to get all touchy-feeling with corpses, but benefit from their abilities to convert towns into obedient, ghoul-staffed cities of the dead. They can also summon lovely Age of Wonders 3 creatures like the Bone Collector, a crab-shaped beast who eats the dead.

Eternal Lords will also be adding a couple of new (and slightly less creepy) player races; the Frostlings and Tigrans. Frostlings are humanoids with a penchant for sea-raids into warmer areas and frost magic. Tigrans, meanwhile, are bipedal felines who praise the sun and have a natural curiosity for necromancy (well, cats do like to play with dead things.) They move faster in combat than other races, and their mystics can shape-shift into Dire Panthers. Which sound amazing.

The expansion will introduce a new single player campaign to Age of Wonders 3, casting you as Avik, a Frostling heir who must “choose between your Frostling roots and the full potential of your new found [necromancy] powers.”

There’ll be new “cosmic” events too, such as ‘Falling Clouds’ which will fill the world with mist and giving “shock weakness to machine and armored units and reducing sight range.” It’s up to you to take advantage of these as best you can when they happen.

You can read more about all of that, plus Race Governance, new map locations, heroes and items at the official Age of Wonders 3 Eternal Lords page.

Here’s a trailer and some screenshots. Eternal Lords will be released on 14 April at $20.00 USD.