Many of you may have never heard of Age of Wonders and it’s been a while since we heard the franchise name being mentioned. Age of Wonders was perhaps seen as a niche series but what it did achieve was a loyal fan base of followers who became hooked on the strategy/RPG. A few weeks ago Triumph Studios announced the next game in the series and we caught up with Triumph’s lead designer Lennart Sas to find out more about the third game.

What made you decide to develop Age of Wonders III now ?

The planets aligned favorably for AoW3 with digital distribution taking off.  Also during the 7 year break in which we developed Overlord, our longing to return to the Age of Wonders steadily increased, gathering many new ideas.

Aw, now that’s a mean question. My favorite thing from AoWII was the overall improved strategic gameplay core and for Shadow Magic the arrival of the random map generator, which greatly increased replay and made the unknown a factor for all players in multiplayer games.

For AoWIII I think I’ll choose the new battle system. The new classes are great, but it’s the battles that make everything come together. We can do a lot more today with presentation, so the battles feel more intense and alive, and the new rules like flanking and engagement give a lot more tactical depth, even with simple fights.

Did you think of using Kickstarter for Age of Wonders 3, what are your thoughts about using it for AoW series?

Kickstarter has proven to be very a successful tool for resurrecting classic PC games series, so I think Age of Wonders would have had a decent chance of succeeding.   However, we started the project before Kickstarter took off for games and found a great investment partner in Markus Persson.

Any new features for the editor that fans will love?

The editor will feature lots of content for players to build maps with. Players are now able to Customize the appearance of  heroes and Leaders.   Details on Modding will come later, I think there is potential there to bring it a lot further than was possible with AoW:SM

Was that Merlin in your announcement trailer? Will be characters from previous series be returning?

You are right, that guy in the announcement trailer is a grizzled Merlin. Although a long time has passed since the events of Shadow Magic, some characters will reappear. For example Queen Julia of the Wood Elves has married a Dark Elf.  Their union caused these hostile elven factions to bury the hatchet and created the High Elves. Julia’s daughter Sundren, is the protagonist of one of the two story campaigns.

This was one feature fans and myself love so much was how you catered for all parties. In addition to online modes, will LAN, Hotseat and PBEM (Play-by-email) will be included and could you elaborate on any decisions made with these features?

These modes will be all back. AoW3 has been designed as a multiplayer game from the get go. The modes are pretty much unchanged, except we’ll make it easier for players to connect to each other.

What has your team overcome in designing and developing Age of Wonders 3 so far, any major challenges?

Implementing Artificial Intelligence is always the hardest part in a game like this.   For every gameplay rule, spell or unit ability we need to determine if the AI would be able to use it effectively.  We went back looking at mechanics from the previous games and indentified some bottlenecks like sea combat and flight, which have been changed to help AI, as a consequence it should also be more fair and balance for human players.

One of the burning questions with this series is the fear of the AoW III being streamlined or made too accessible in gameplay terms i.e. down to an apprentice level not to a wizard one. Should fans of the series be concerned at all?

AoW3 has more depth and challenge than the previous games, just as AoWII had more stuff going on that the first one. We have the new race-class combo’s, the territory and economic system is more advanced with terrain bonuses and especially battles have more depth.  Random Maps have now been designed from the get-go so expect some improvements there too.

However we don’t think ‘streamlining’ is always a bad thing. We changed some of the things that would sometimes drag the game out, like the damage routines are fined tuned better so that battles don’t run on for such a long time. And the interface should be a lot easier to use with detailed mouse-over pop-ups on everything.

One of the best features of Age of Wonders was the ability to use a different wizard and mix and match races under ones control, enabling some very nasty unit/spell combinations. With good, neutral and evil alignments of races, units & spells, will this still be a feature in the game?

The mixing and matching of races is still there! However alignment is now variable, determined by our actions, like razing and looting, or being a super nice guy to everyone.  Your alignment is also affected by what races you absorb in your empire.  So if you’re a nice guy and absorb a tribe or nasty orcs, you have to consider that there’s going to be some unrest and your alignment goes down, at least for a while.  The bigger the relations difference, the longer it takes for to absorb the people of a conquered town.

You’ve announced that there are classes now in the game for wizards or leaders, can you tell us more about this feature, its aims and how it came to be?

With Overlord we created a game where the experience of being a leader of a fantasy series is a central concept. I think this gave us a different perspective on the leaders for AoW3.   We want them to make a strong impact on their empire like determining the type of units they build and the type of societies they lead in addition to the type of magic they use.    Since Age of Wonders has always had strong classic RPG aspects, the idea soon came to take the classic RPG classes and extrapolate them to be the new leaders for Age of Wonder 3. Warriors become Warlords leading Spartan societies, Priests become inspiring and crusading Theocrats, Rogues are good at covert actions and destabilizing the empires of others while keeping a firm grip on their own.

From the announcement, alongside a brand-new tactical battle system, flanking is a new feature, could you tell us more on how this works in practice and other new battle and map changes we expect to see in AoW III, e.g. how will sieges work this time from both a map and battle perspective?

Flanking is what we call it when a unit is attacked from behind or the side in a battle. The unit will take extra damage, then turn to face the unit that attacked it rather than retaliating. This means players need to pay a lot more attention to positioning and allows weaker units to destroy stronger ones using pincer attacks.

The concept of sieges is the same, it’s all about breaking through the wall and getting to the defender. We have changed the layout of siege maps, with the clashing armies standing opposite of each other and the wall in-between. The advantage is less longwinded treks around walls for multi-army attack and more realistic looking towns.

We’re still in the process of organizing spells into their final groups. More on this later!

I know an Orc hero called Grom who demands to know how many races will be available to play from release and any new ones? He’ll take my, well, you don’t want to know if he doesn’t get his answer :(.

AoW3 will ship with six player races, six player classes and at least six specialization “spheres”, which include magic.  The initial races will be High Elves, Humans, Dwarves, Draconians Goblins and Orcs.  It doesn’t mean the other races have all gone extinct and we hope to release them at some later stage!

From the new changes, it sounds like you can go even more nuts with this game than ever before, creating things one wouldn’t have thought possible, you mentioned goblins with wings and flaming swords so could one for example, combine spells and their properties into new effects e.g. Fire and Wind to create a flaming tornado or turn Frostlings ranged attacks into fire equivalent’s (not that they’d like that)?

Yes, the new race, class and specialization combos will give players an unprecedented amount of choices.  Magic spells do not merge in the same way as the base race and class leads to unique units. Of course players can still use multiple spells from different sources to buff a single unit.

Do you have any plans for an upcoming alpha/beta?

We plan to involve the community in testing as we’ve always done. But what scope the tests will have has yet to be decided.

In closing, anything you’d like to say to your fans?

Triumph would like to thank everybody who played our games, with a special nod to the people who (re-)bought the re-released Age of Wonders games from Steam, Gamer’s Gate, Impulse and Good Old Games,  you really helped make this sequel possible!

Thanks to Troumph’s Lennart Sas for taking time out to answer the questions and you can find out more about Age of Wonders 3 on their website https://.www.ageofwonders.com 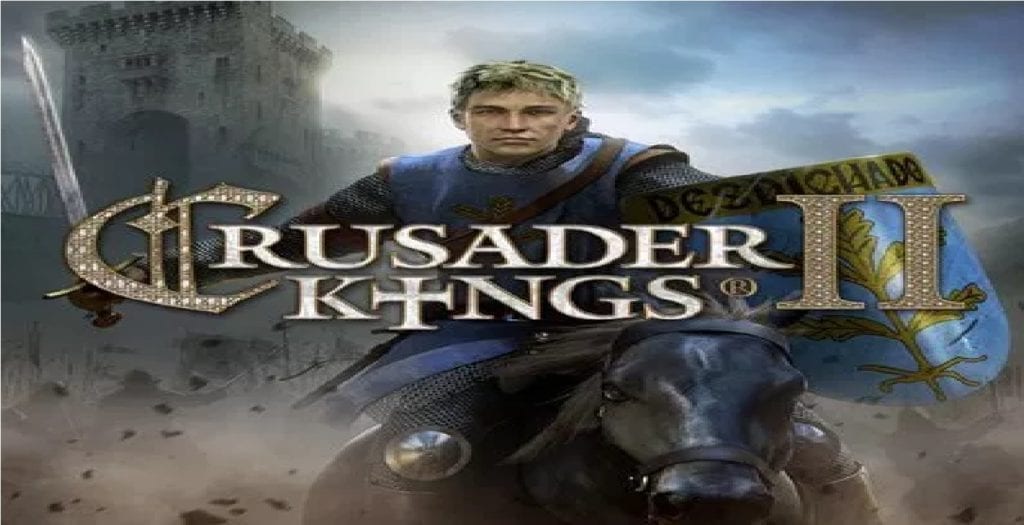 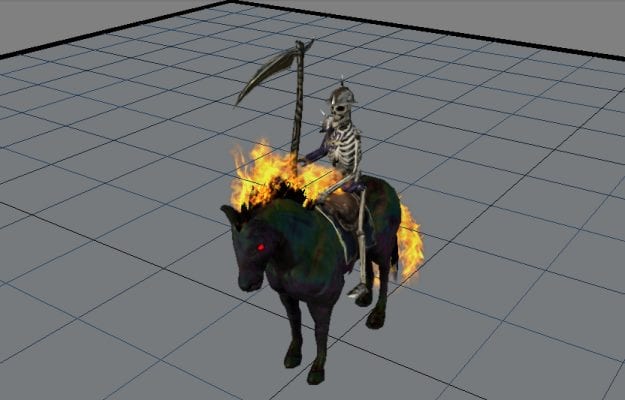 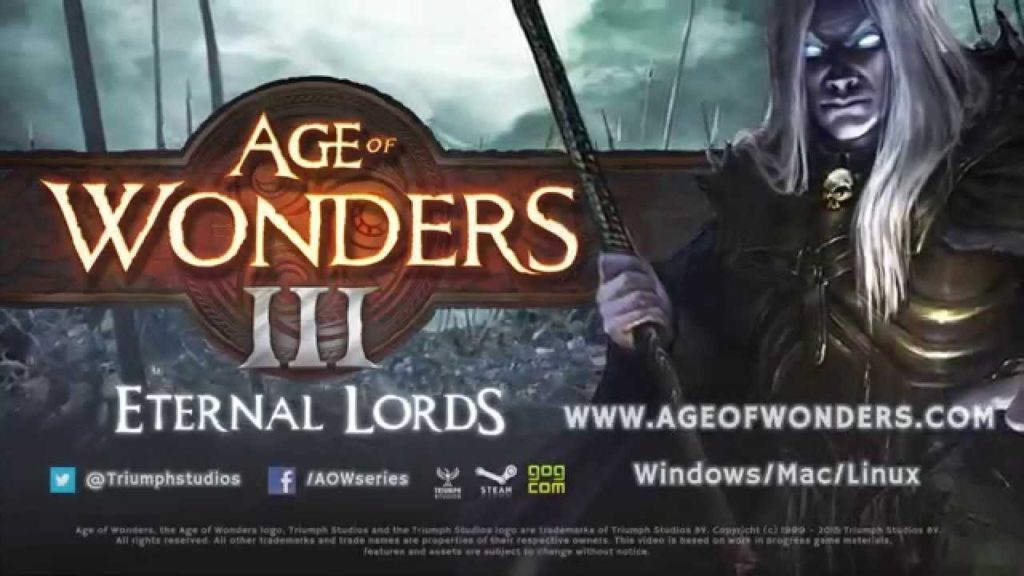 Age of Wonders 3 expands with Eternal Lords in April 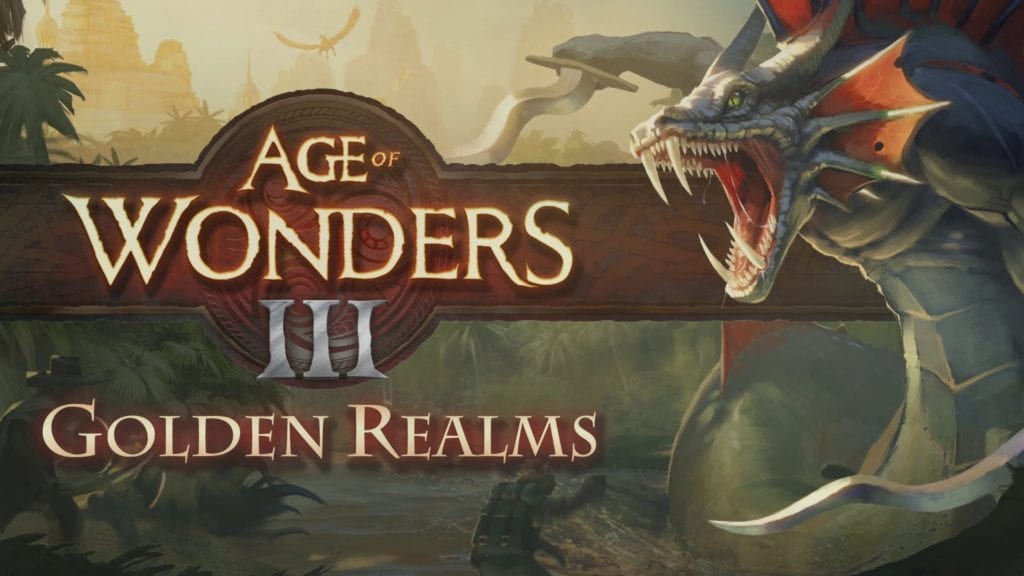 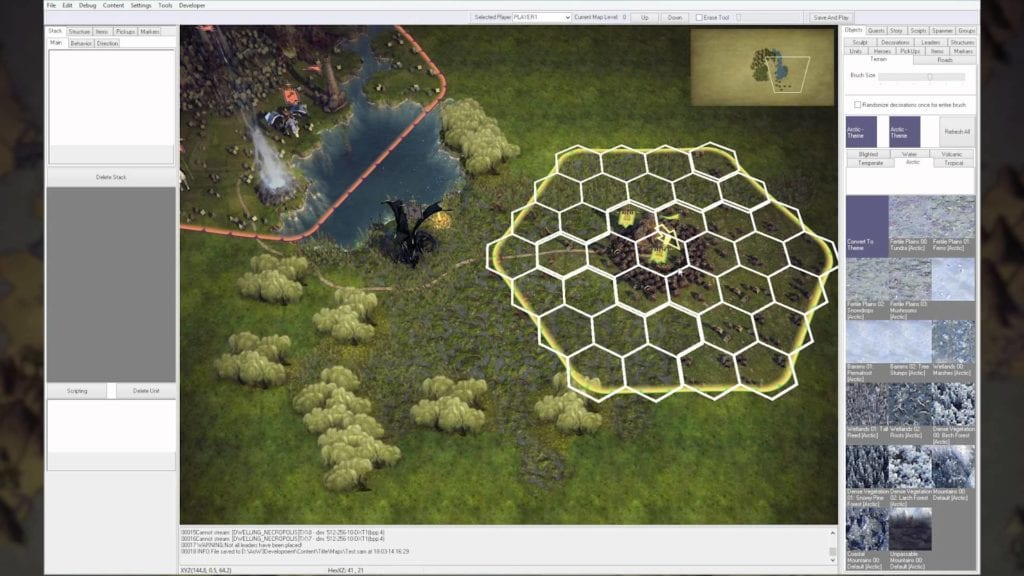 Triumph show off the Age of Wonders 3 level editor 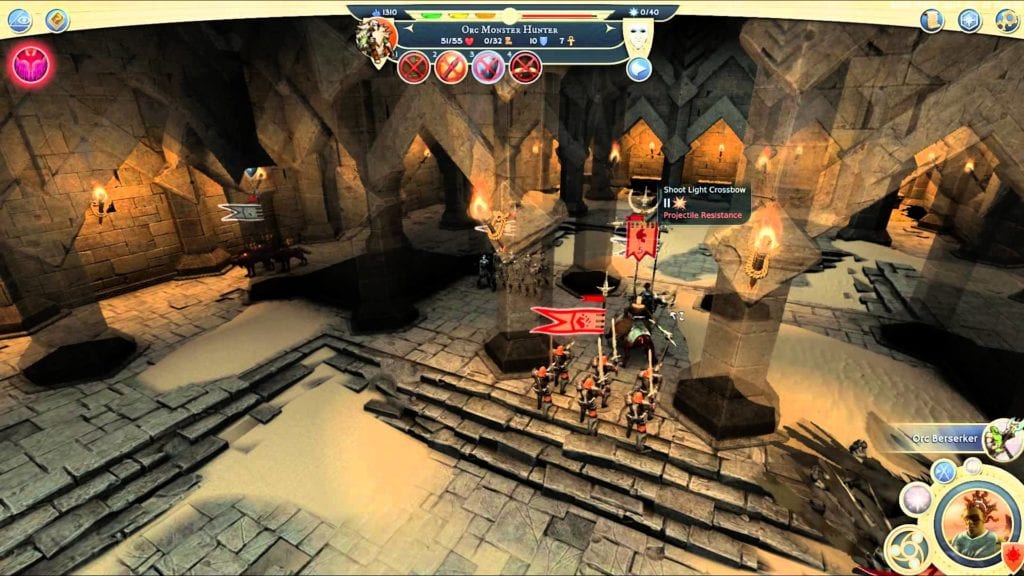 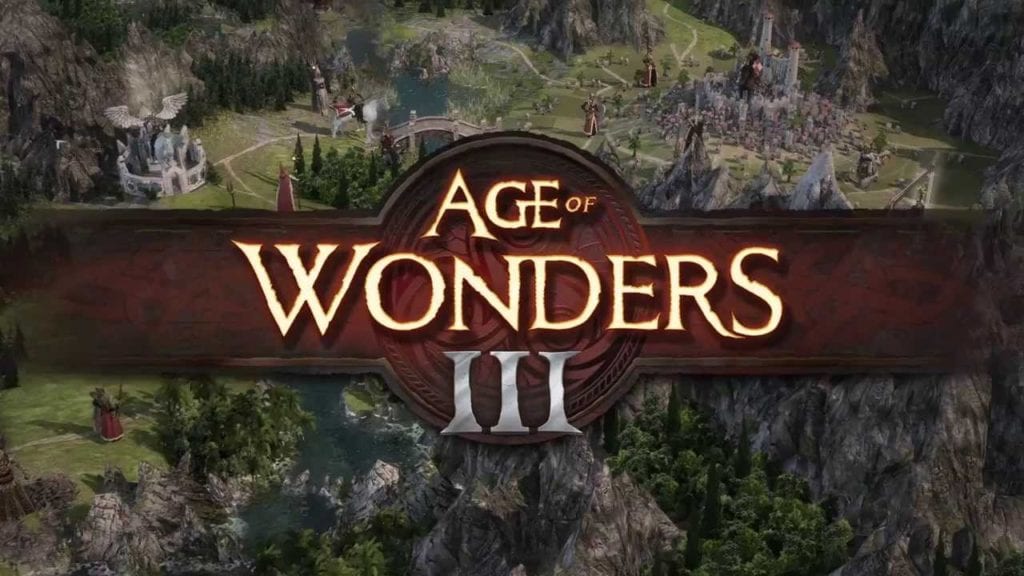 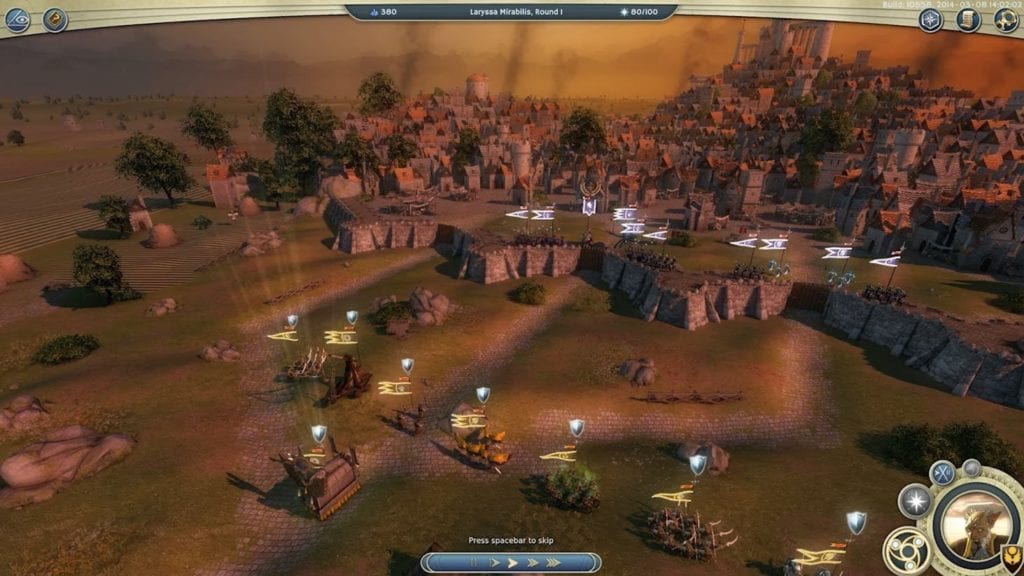 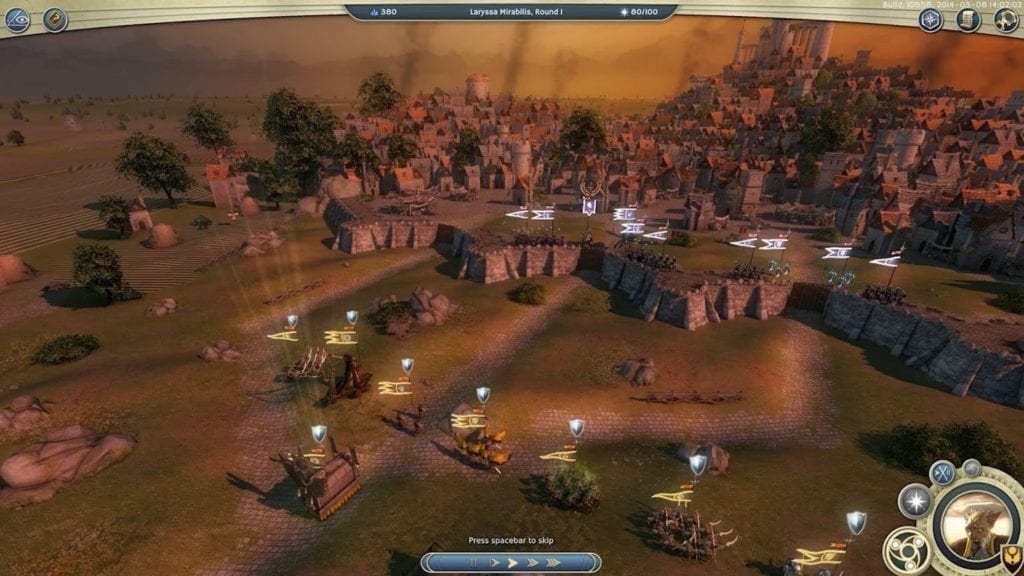 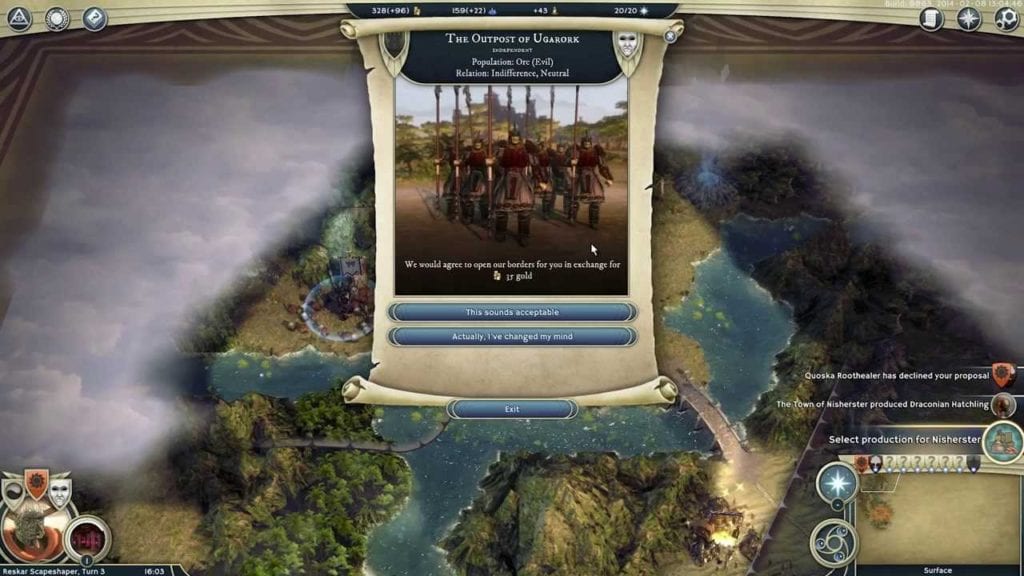 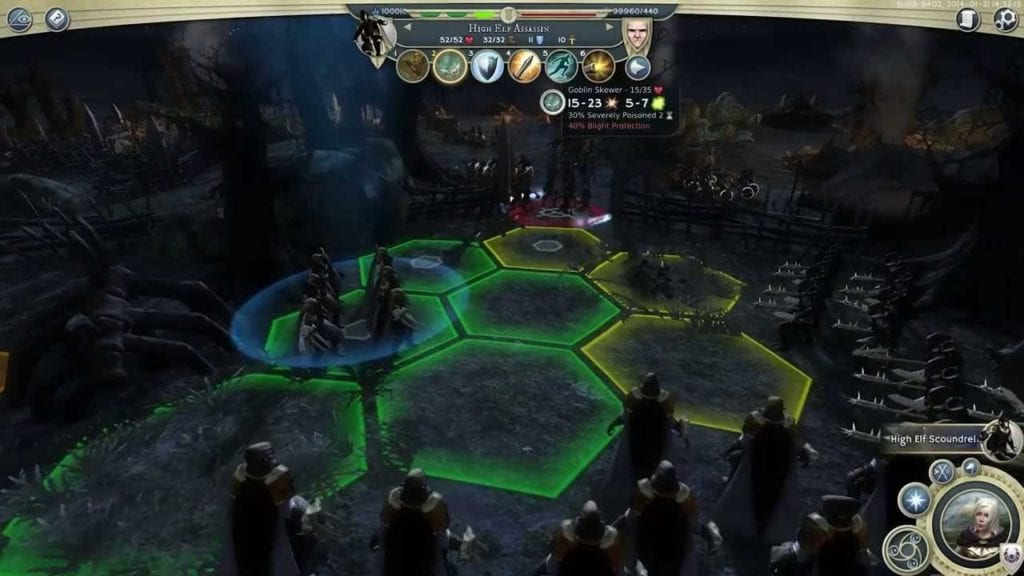