Triumph Studios have been busy working on their second upcoming and much asked for Necromancer class expansion for Age of Wonders 3. Their most recent developer diary has revealed two of the Necromancer class’s units, The Lost Souls and Reanimator.

The Lost Souls come with quite a few interesting abilities, for starters they’re incorporeal, thus making them highly resistant (but not immune?) from physical damage of most units. Their Exploit Despair ability allows them to deal extra damage against units with low morale, which makes them good for fighting in terrain your enemies hate or unhappy and poorly fed Halflings. 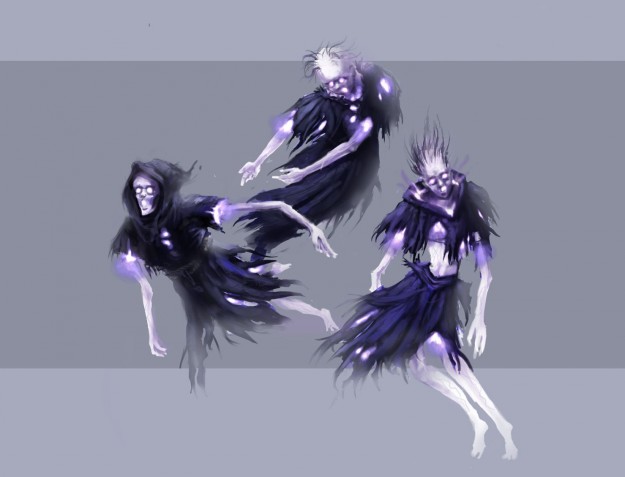 Their unit movement type is Float, making them good at scouting over any terrain without the need for magical support. Finally, they also have the Undying ability which allows them to return to the fight after a few turns (hopefully not with full hit points). In somewhat similar style of the Resurgence ability in the previous series, whether or not their Undying ability is generic across all of the Necromancers unit’s remains to be seen.

The Reanimator is your little helper; they take care of healing your undead units and supporting your armies through ranged attacks. They also have the ability to club unit’s with their ‘staff of spades’ (that’s what I’m calling it) and they can use fallen corpses of your enemies to create in-battle unit’s Creepers. These are swarm-like unit’s suitable for tying down the enemy whilst your hammer or more powerful unit’s obtain a better position. Once the battle is finished, the Creepers go back to their graves.

No doubt you need to be careful with corpses as they’re precious, Creepers can devour them and heal themselves or you can use a new Necromancer class spell called Corpus Furia to explode them, similar to Age of Wonders 2. I’m wondering if Halfling corpses explode in a wider radius compared to other races due to food consumed, but if we have a chance to preview/review this expansion we’ll let you know. 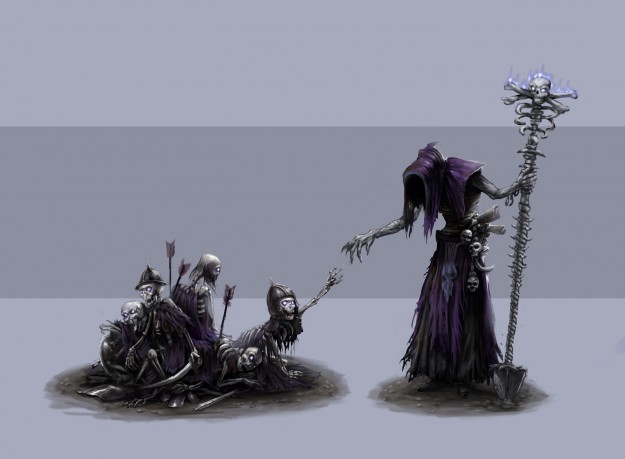 According to Triumph Studios, the mechanics for maintaining a good level of balance are still being worked on, some of which are coming in new and hopefully more satisfying specialisations (Partisan specialisation I’m looking at you), so I’ll leave the city changes for a later preview or review but you can find out more over on Triumph’s website.