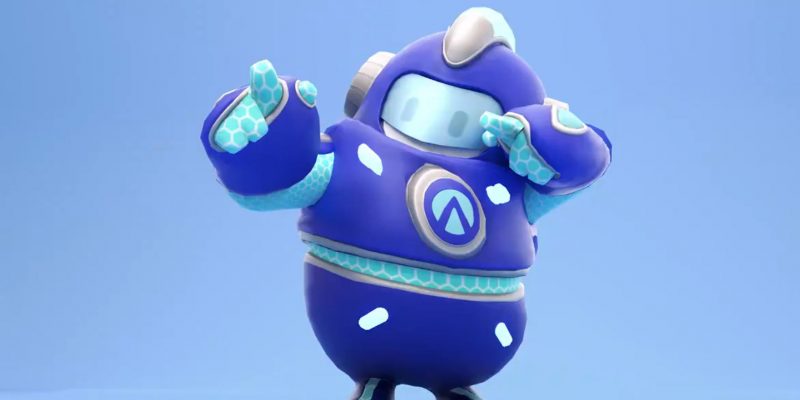 If you have been checking off the costumes from the Fall Guys: Ultimate Knockout SpecialEffect charity bid, you’ll know that there’s one more left on your list. Aim Lab has revealed that its Fall Guys costume will be available in-game on January 8.

As with the Ninja, MrBeast, and G2 Esports costumes, it will only cost you one Crown per piece. So, two Crowns in total for the top and bottom parts. Considering the vastly increased number of Crowns available in the free Fall Guys rewards track, two Crowns should not be a problem to earn.

After some questionable mashups and concept art, all the costumes representing the four winners have turned out to be very cool and on-brand. The Aim Lab costume is the most futuristic-looking of the lot to join Fall Guys. Really, it’s exactly what you would expect for an aim trainer. Check it out in the Aim Lab reveal tweet below.

I also want my own Fall Guys: Ultimate Knockout costume

If you do not remember how these four gaming brands (people are brands now) managed to earn a highly sought-after costume in Fall Guys, here is a quick refresher. Brands were lining up to offer concept art for costumes representing themselves in Fall Guys. So, the clever people at Mediatonic decided they would allow one of these brands to get what they wanted. They just needed to outbid all of the others. As an added incentive to bid, the money went to the gaming charity SpecialEffect.

After a prolonged and heated bidding war, Ninja, MrBeast, G2 Esports, and Aim Lab submitted a combined bid of $1 million USD to secure the costume. It was a sneaky maneuver that resulted in Mediatonic letting each of them get custom costumes. The other option was to create one Frankenstein mashup of the four. If Mediatonic ever host another of these charity bids for Fall Guys, I am confident it will only allow bids from single entities. But hey, it was for a good cause. SpecialEffect was the real winner at the end of the day.