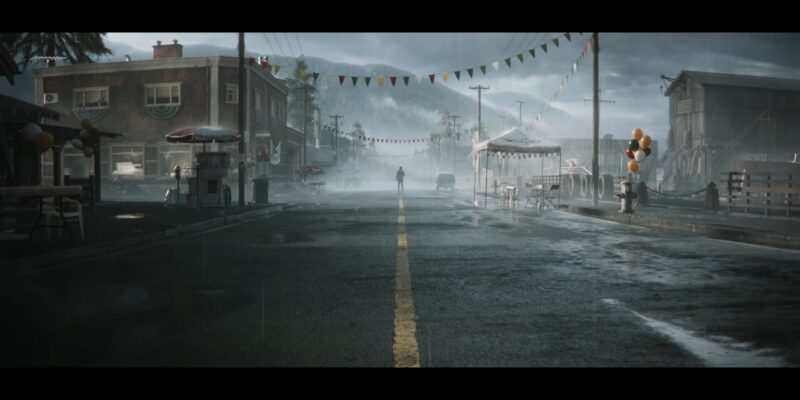 Alan Wake is, at last, coming back. During The Game Awards 2021, Remedy revealed Alan Wake II as a full-on survival horror game. Remedy boss, Sam Lake, was on hand to clarify that last sentence. Unlike the original, which had horror elements, Alan Wake II will be a survival horror game to its core. The game is coming in 2023 for PC via the Epic Games Store.

“We are breaking new ground here,” Lake said. “This is going to be Remedy’s first ever survival horror game.”

The trailer doesn’t show much at the moment, but the atmosphere is certainly there. Without question, what we see feels like Alan Wake, but much, much darker. Truth be told, I’m completely down for spookier Wake. The first game certainly had its shocking moments, but the style can definitely adopt more horror elements. I’m intrigued to see how well Remedy can pull it off.

Alan Wake II revealed, after many years of fans wondering

Remedy Entertainment and Sam Lake have been dreaming of this night, of that you can be sure. The studio managed to wrest the publishing rights to the franchise way back in 2019. Back then, I cast doubt that Alan Wake II will ever make an appearance. Shows what I know. Remedy, however, still believed.

“I want to make it,” Lake told IGN back in 2019. “It’s a curious thing. At this point, so much time has passed. I feel that the bar is higher in some ways. It needs to be done right if it’s ever done. Everything needs to click into place, which is really hard to make it happen. So many things, for these big games to be greenlit, need to be aligned. But I’m hoping that someday…”

That day is coming soon. But maybe not soon enough. Alan Wake II will launch for PC in 2023.

Senua’s Saga: Hellblade II gets a new trailer at The Game Awards 2021