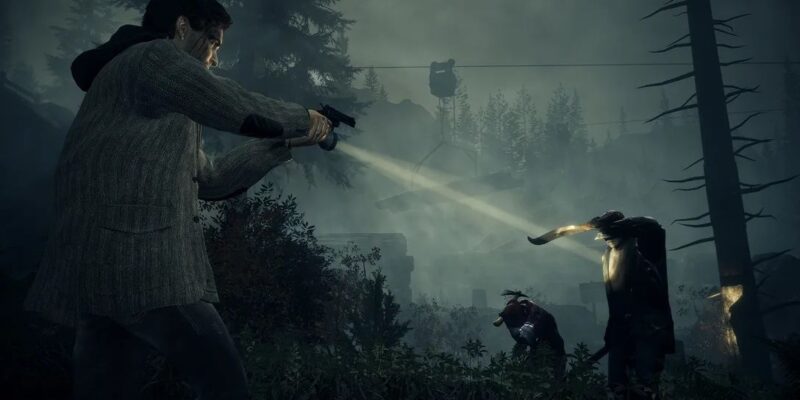 Just two days ago, Sam Lake, the creative director at Remedy Entertainment, announced that Alan Wake Remastered will be available on the Epic Games Store sometime this fall. This news served as a real treat for fans of the original Alan Wake, especially considering that the rights to the IP, prior to 2019, had remained out of Remedy Entertainment’s hands. Now, fans finally have footage of Alan Wake Remastered to latch onto, as today’s PlayStation Showcase introduced a new trailer for the upcoming re-release on October 5.

According to a post written by Lake on the PlayStation Blog, Alan Wake Remastered will offer the entirety of Alan Wake, including “The Signal” and “The Writer” DLC expansions, right from the get-go. Additionally, the re-release will include ” all-new 4K visuals, updated environments, cutscenes, and a brand-new making-of commentary.” The developer also rebuilt Alan Wake’s character model from the ground up so that the game can better “meet modern players’ expectations.”

A refresher on the story

The game’s story sees the titular writer “behind the wheel of a crashed car.” Not only has he suffered from injuries, but he also lost sight of his wife Alice. Wake then discovers pages that belong to a horror novel named “Departure,” which “he seems to have written, even though he can’t remember writing it.” The story stars Wake himself, and it depicts a “Dark Presence” enveloping the fictional town of Bright Falls, Washington. Soon enough, the events in the story start to become reality, and Wake has “to fight for his life, and the life of Alice.”

Fans of the original game will definitely enjoy watching the new trailer for Alan Wake Remastered. It’s great that fans will get to experience a story that so many hold dear on modern tech. Hopefully, the developer will grant this re-release the care and polish it deserves.

Alan Wake Remastered comes to PC with a release date set for October 5.