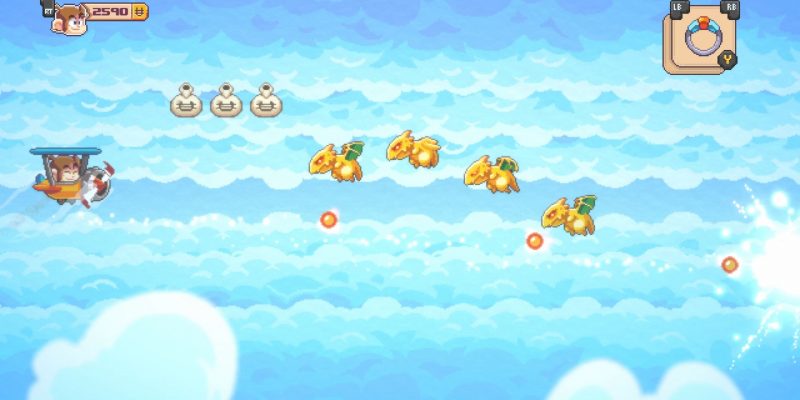 Who doesn’t love a good remaster or remake? Some games are just so evergreen, it seems like a no-brainer that they’ve made the jump to modern platforms. Then there’s the occasional head-scratcher, like today’s Alex Kidd in Miracle World DX, that just makes you go, “huh?” I understand that at one point Alex was being groomed as a mascot long before Sonic existed. But I was genuinely surprised to learn this remake was coming. Can it finally reach the heights Sega was hoping for back on the Master System, or will this once again fall short of expectations?

For its time, Alex Kidd was a pretty groundbreaking title. Fast forward a staggering 35 years and some of the luster has worn off. Though it was hardly a pretty title to begin with, it has now been gorgeously recreated with a decidedly more modern visual style. The one thing that remains the same is that you play as a kid named Alex, on a mission to save a kingdom that you are supposedly the heir to lead. Damn, this Kidd had one hell of an afternoon.

If you’re a gaming masochist, Alex Kidd in Miracle World DX will be right in your wheelhouse. You can expect to have your ass whipped five ways from Friday because it comes from the era back when games were genuinely difficult. And I’m not talking a slap on the wrist levels of challenge, either. This is more of an all-out assault on your nether regions, not to mention your pride. It didn’t take me long to reach the tragic conclusion that I’m just not as hardcore as I once was… and I’m okay with that. 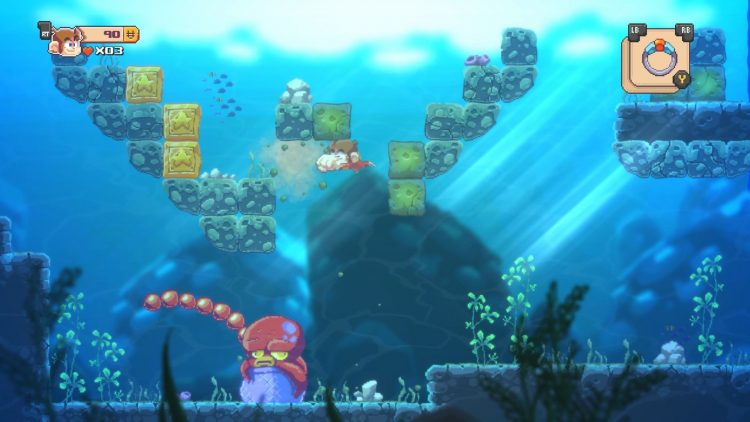 To call this title bizarre would be the understatement of the century. In just the first hour you battle against pterodactyls, crimson scorpions, a rotund and mustachioed ball-man-thing, a rock creature that oddly resembles Geodude from the Pokémon franchise, venomous bats, and exploding cacti. This eclectic collection of baddies is just a sampling of the insanity that awaits Alex in his adventures. Fortunately, armed with only his fists, he’s more than up to the task. Well, that’s at least the case for as long as your patience will hold out.

Thinking back to games of the early console era, one mechanic seemed to trump all others: punching. Alex Kidd in Miracle World DX is no exception to that rule. Virtually all elements across the gameplay spectrum are anchored in your ability to punch things. Want to break through a block? Punch it. Want to dispatch an enemy that’s making your life difficult? Punch it. Trying to interact with switches? You guessed it: punch it. Oh, and there is the jumping and general traversal as well. More on those complaints, shortly. 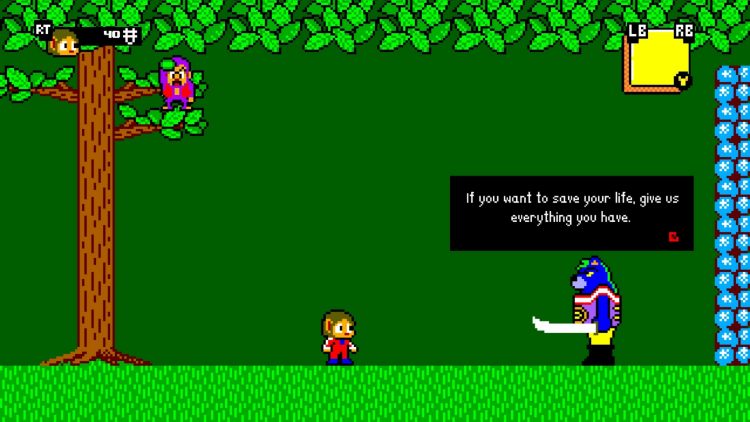 On the flip side of the spectrum, a handful of key objects can make stages more approachable. Amongst these options are hovercrafts, mini-bikes, and flying platforms. Sure, the platforms look more like shepherd’s crooks than actual aircraft. But what do you expect from a game that has legitimately been around for as long as I’ve been alive? Additionally, you can collect/enable perks that allow you to shoot fireballs, or place these weird balls that shoot out a burst of shots. Just imagine a turret that exclusively fires blasts from a weak-streamed squirt gun.

Very much in line with other titles of the era, Alex Kidd in Miracle World DX is a glorified brawler that follows a fairly linear structure. You’re tasked with navigating from the left side of the screen to the right, until the end of a stage is reached. The process taken to get there is purely up to you but involves quite a bit of the aforementioned continuous punching. That said, there’s is a pacifist achievement if you manage to complete an entire stage without using an attack. But who the hell would want to do that?

Interestingly enough, there were a couple of stages that took a more open-ended approach to a stage’s layout. In the case of both of the major castles, you can follow several branching paths to progress through a stage. The problem was, this still ultimately ended up funneling me down the same path as the stage came closer to completion. It almost seemed as if they wanted to make you think things were more openly structured than they genuinely were. 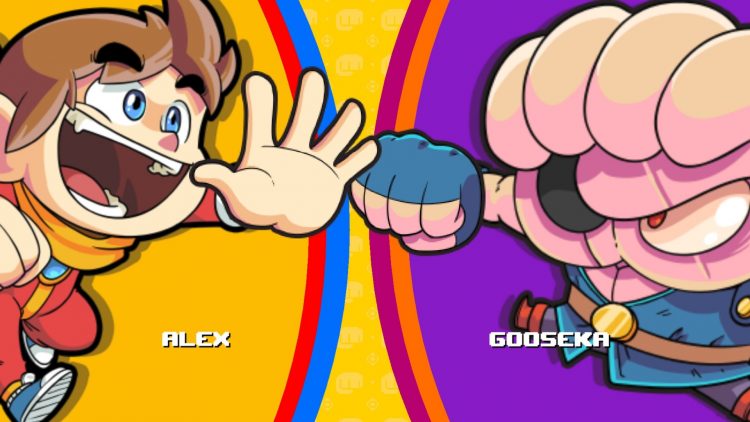 Part of the reason why I mentioned the need for patience earlier is because there are elements of the design that feel especially old school. For one, the hit detection is very odd and somewhat inconsistent. At one point I could’ve sworn that I should’ve died due to running into an enemy, while in other scenarios I was clearly a safe distance away from an adversary yet was still downed for whatever reason. Surely this has to be the byproduct of recreating a game from so long ago. But honestly, it was one of my biggest pet peeves throughout the entire experience.

My other substantial beef was with the controls, which felt far too “squishy” for my liking. Controls are a crucial aspect of the design, especially in an action-platformer. The fact that you can’t simply tap the d-pad in any direction to minutely shuffle in one direction or another drove me crazy. We now have the pinpoint technology to provide far more responsive controls. So, why this was preserved was puzzling. This is supposed to be an enhancement of the original’s design, right? 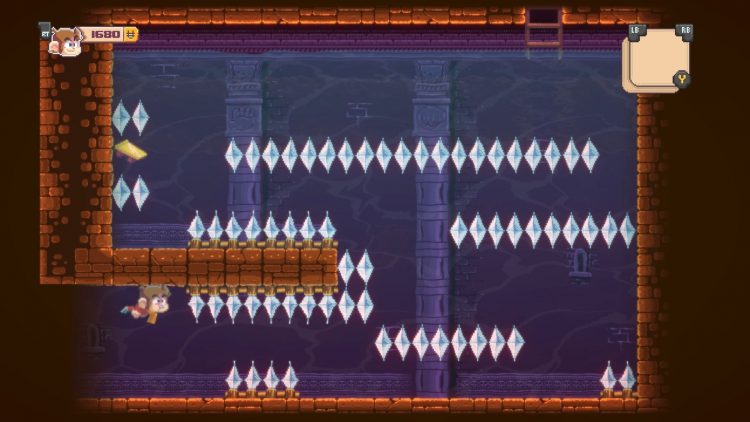 Glimpses of the past

At least tapping the trigger to swap into the original graphics mode somewhat alleviated my frustrations. We’ve seen this before in titles like the Halo remaster a few years back, and it’s always a welcome addition. What better way to tell how far we’ve come in the last three decades than executing a simple button press? This damn near immediately demonstrates how much graphical work has gone into enhancing Alex Kidd in Miracle World DX. Visually speaking, it’s genuinely a night and day difference between the two versions, which demonstrates how much love has gone into making this ancient property once again relevant. Honestly, I felt like this was a perfect example of how early rough prototypes of current games can eventually become something with far more polish, over time. Too bad the controls didn’t get the same love.

If there was one piece of advice I would offer everyone, it would be to prepare for savagery. After completing, roughly, the first half of the game in the traditional mode, I eventually caved to the temptation of the “infinite life” option. The tipping point came when I struggled to make it through one specific stage, only to die at the end boss after losing a game of rock-paper-scissors. I don’t know that I’ve ever seen this mechanic either before or since its original release. Regardless, it just feels cheap as hell. The last thing I wanted was to have something so trivial result in me replaying an entire stage again. 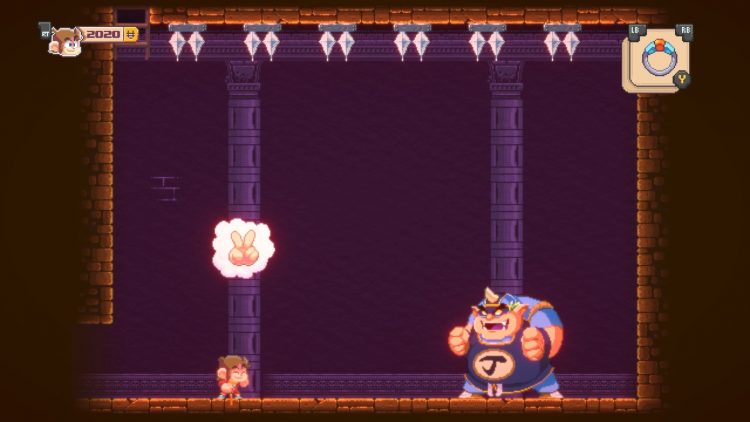 Sure, it turned off a good portion of the achievements available to me, but after getting knocked down by the game’s brutal difficulty for the 30th time, I caved. Honestly, it was the best decision I made throughout my entire time with the game. All of my intensity and frustrations fell to the side and I was able to focus on just how interesting of a glimpse into the past this truly is.

The one area that saw full reimagining from scratch was the score. The original soundtrack consisted of minimal chiptunage if you’re being generous. Alex Kidd in Miracle World DX received a full score, with a handful of genuine bangers. Come to think of it, the enhanced soundtrack is easily my favorite aspect of the remake. That’s probably an ominous harbinger of my feelings around the game in general. Be sure to guard your eardrums carefully, though. There are a couple of tunes that will worm their way into your subconscious and take up residence.

It seems fairly clear to me at this point that Alex Kidd in Miracle World DX was tasked with the impossible: making a 35-year-old game relevant again. Alex Kidd in Miracle World DX has impressive visual enhancements and a handful of quality-of-life improvements. It just isn’t enough to overcome the rather boring level design, mechanics, and lackluster input detection. This is a trip down memory lane that’s difficult to justify. The core experience remains so closely to the original’s design. Unless you’re a gigantic Alex Kidd fan, you should seriously consider leaving this experience in the past where it belongs.

Though it has all of the hallmarks of a solid remake, Alex Kidd in Miracle World DX likely sticks a bit too close to the subject matter to resonate with a modern audience. Don't let the lush visuals fool you. It's unapologetically brutal design, combined with control issues and unexplained mechanics galore, all make for an uneven and unrecommendable experience.