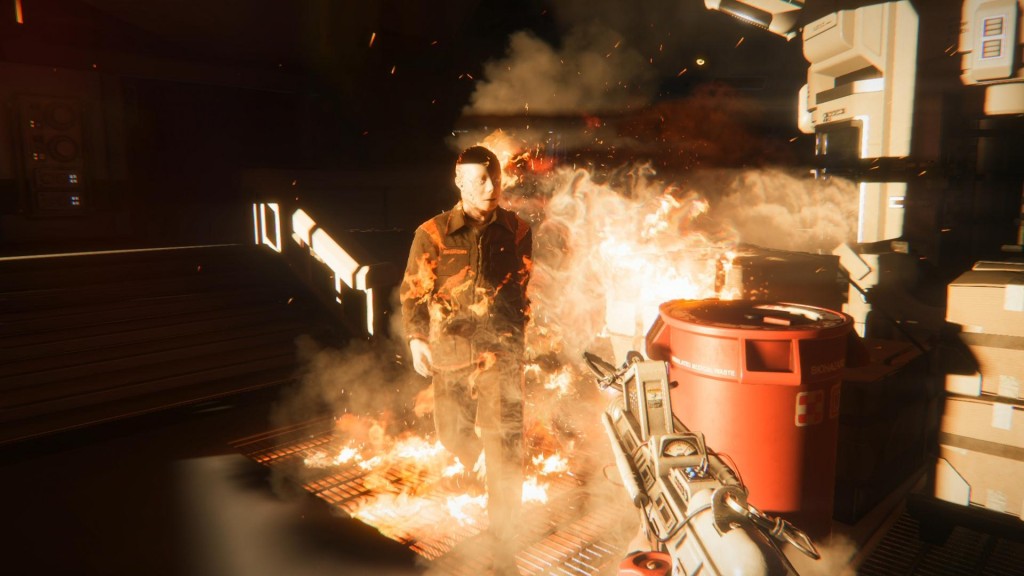 This does look a bit more “direct combat” than I’d want to see, but in fairness, it still looks pretty creepy and not exactly fast-paced twitch action.

These new Alien: Isolation screens are pretty hot, not least because they contain molotov cocktails and flamethrowers. Yes, it’s a terrible pun, but shush. I’m pretty sure I’ve made all the jokes about “isolation” that I can.

Anyway! Ten new Alien: Isolation screenshots, largely focusing on stealth. You’ve got hiding behind crates from creepy android men, setting android men on fire with flamethrowers, molotov cocktails that look like they’re also wired up to bombs, fires caused by burst and ignited pipes, sneaking around behind android men while using the motion scanner to make sure they’re still moving, and… oh. The xenomorph. He doesn’t look best pleased by all this talk of “fire.”

I still have absolutely no idea what to make of Alien: Isolation. Sega and The Creative Assembly have been making the right noises about this project, but these are noises I’ve heard before all too many times. All I can say, I suppose, is: please, please let it be good.

Alien: Isolation is due out on 7 October.