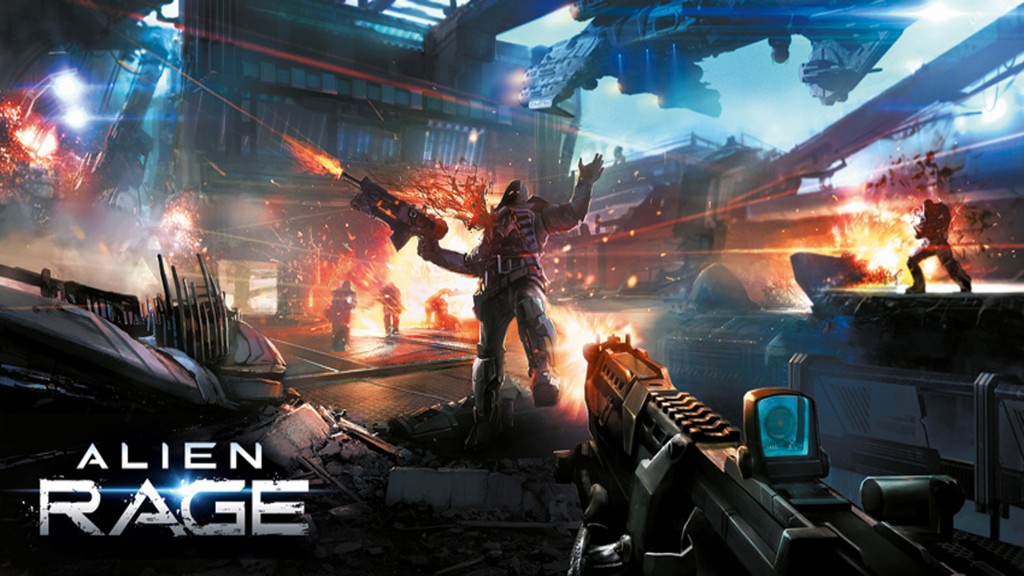 CI Games have released a trailer for Alien Rage, their shiny new shooter due out tomorrow. As you probably guessed, said trailer displays both aliens (who may or may not be angry) and shooting.

Alien Rage casts you as a space marine-type who’s sent into a mining facility that the previously friendly alien race, the Vorus, have attacked. Your job is to find out why they attacked it, and to stop them getting their greasy alien mitts on the energy source within.

I’ve been playing it to prepare for review, and, well… it’s certainly been making me rage, although I haven’t quite formed an opinion of it yet. We’ll have a review up later this week, I expect.

Alien Rage is out tomorrow, on 24 September. The trailer is below.