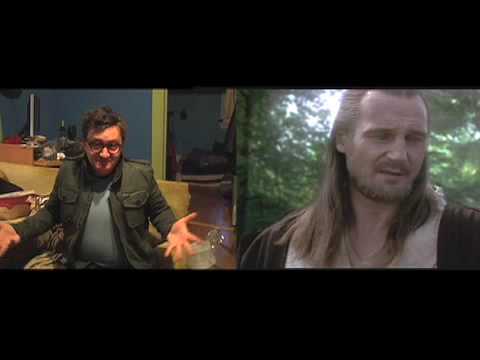 You can’t stay here. You know you can’t stay here. A sound outside the door, echoing down the spacecraft’s hallways, tells you it’s time to move. But you’re trapped. Frozen by indecision and fear, legs locked in place as you crouch inside a compact med-bay that, for a few more precious seconds at least, is safe. Another sound. A grotesque, bestial noise. An inhuman noise.

It’s time to go. Now. Right fucking now. Looking down at your battered weapon you take a deep breath and trust that it’ll hold up just a little while longer. Just enough to get you to the next deck of the ship. Beat down the fear. You can do this. Move.

I’ve just described an experience from a fantastic game. That game is System Shock 2, re-released last week on GOG.com for $10 USD.

Aliens: Colonial Marines, as you may well already have heard, is a bit nob.

There’s a touch of ‘after the Lord Mayor’s show’ to this review (or maybe that should be ‘after everyone else has already thrown vegetable waste at the Lord Mayor,’) because SEGA held off on delivering review code until last Friday. I’m not sure if that was a deliberate ploy to avoid yet another low score, since so many other scathing reviews had already run. Instead, perhaps it was an attempt at mercy. “Look, just stop asking,” the publisher’s protracted silence seemed to say, “you know this is a bad game.”

Still, let’s at least use this post-release window to explore a few interesting items that have since emerged about Aliens: Colonial Marines’ development.

Several Mystery Sources™ have claimed that, actually, most of the meaningful development work on the game ended up being done by TimeGate, not Gearbox. To me, that rather sounds like the Mystery Sources™ are engaging in damage control. Yes, TimeGate’s name is on the credits (along with Demiurge and Nerve; always a great sign to have four developers listed on a title,) but any delegation and oversight was done by Gearbox, and as such the responsibility for this falls squarely on them.

Imagine a bizarre parallel universe where Aliens: Colonial Marines is beloved by all. Do you think Gearbox would be graciously conceding that, actually, TimeGate should be getting all these accolades? I’d say that’s rather unlikely.

There’s also the matter of the now infamous ‘gameplay’ demo which bears almost no resemblance to the finished game. The ins and outs of this fabrication have been covered in detail elsewhere, and I’d recommend giving them a look.

Yes, gameplay demos are subject to change. A lot of the stuff shown at events like E3 is scripted or manipulated in some way; but to use a presentation with so much falsehood in it as a means to generate hype, expectation and those all-important pre-orders is despicable. That demo appeared to capture the atmosphere of the film series, as well as the characteristics of its xenomorph stars, pretty damn well. No such luck in the actual release.

Aliens: Colonial Marines is an Aliens game that is neither urgent, tense nor even particularly alien. The xenomorphs, so deadly in the first couple of films, are reduced to the role of moderately irritating distraction. What was once the galaxy’s “deadliest predator” is now mindless cannon-fodder, whose only goal is to either make a beeline for the player or get confused by level geometry and provide a simple target.

No matter how often your AI marine backups bark about how screwed up and terrible the situation is, you know it’s all bluster. You’ve seen the xenomorphs, you’ve gunned down scores of them. The prospect of another alien attack is about as unnerving as a temporary assault by a pair of insects on a summer’s day. Never do you truly feel in danger, penned in, surrounded or imperiled in any way.

The one section that almost provides some scares is ruined by the poor (or occasionally just plain missing) animation that plagues the whole game. Alone and unarmed in the murky depths of an unknown location, you have to make your way through a pseudo-stealth section where the blind xeno inhabitants can hunt only by sound. Picking out the living threats from the husks that litter the area, and keeping your nerve as xenomorphs pass right by your face, could’ve provided some decent elevations of the pulse.

Instead, the awkward, constipated strut of the aliens has just provided a few cheap internet chuckles.

Poor old Billy Riggins from Friday Night Lights tries his best as empty vessel protagonist Chris Winters, but literally all he has to work with is “you are a colonial marine.” The rest of the cast also struggle with a script that has never met a variation on the phrase “never leave a marine behind!!” or an obnoxious “oorah” that it didn’t like. And it doesn’t help that every single character in the game fails the simple quality test of “can you describe this person without referring to their appearance, job or outfit?”

It’s a bitter irony that one of the collectable sets from the single player campaign is dog tags belonging to characters from the film series. All this does is serve to remind you how much more interesting and memorable those characters were.

The narrative, too, is a convoluted mess, full of hamfisted film references and thinly veiled excuses to do set-piece nods to the same. But it doesn’t matter. All the fan-service in the world can’t make me care about what characters who have barely been established, let alone developed, are actually doing. Progress through the game is not driven by any desire to advance to the six-hour story, but by a weary sense of duty to slog to the end (which, incidentally, is a pathetic cliff-hanger: buy that Aliens: Colonial Marines season pass today!)

The game struggles to even succeed as a basic FPS. Whenever Weyland-Yutani mercenaries show up (which they do about half the time,) it turns into a weird hybrid cover shooter with no actual cover mechanics. Even the shooting itself is kind of pathetic. The sound of the classic pulse rifle is there, but the gun lacks real weight and the half-arsed ‘reaction to being shot’ animations of human and alien alike rob shots of any impact.

But at least the PC version is better than what the console releases were lumbered with. It never looks great, and low-res textures abound in the strangest places, but here on the PC you won’t have to put up with any screen tearing or collapsing frame-rates. I did encounter some curious juddery lag at times though, which I suspect was down to some hidden, background loading sequences.

The multiplayer side of things is superior by virtue of the simple fact that you can play as a xenomorph. It’s not that the game modes are particularly interesting (the best is probably “Extermination,” which keeps both marines and aliens moving,) or have much to offer, but the ability to actually make the xenos dangerous again is temporarily thrilling when compared to their neutered role in the campaign.

Of course the wall-climbing mechanics are annoying and half of the (oddly third-person) camera angles clip through ceilings and other surfaces, but at least there’s a sense that someone tried to make this part entertaining. It can be, in short bursts. So if you’re somehow stuck with a copy of this title then that’s the least terrible part. Though anyone who wants some better Alien-esque multiplayer antics should probably look to AVP Classic 2000 or something like Natural Selection 2.

Co-op is passable too, but only if you can find someone to hop on voice-chat with you and make fun of the game as you play through it. Kind of like an interactive, videogame-based Mystery Science Theater 3000. You can argue over who gets to be Joel.

So look, it’s a goddamn mess, and I’m sorry I wasn’t able to warn you about it earlier. The industry is now so geared towards pre-orders (and, more importantly, protecting those pre-orders) that restrictive embargoes (or just delayed code) mean many reviews do not appear until it’s far too late. Refunds can sometimes be an option, but that depends on the vendor and method of payment used. If you’ve ended up stuck with this game due to the hype, manipulation and deception of its marketing campaign then I really do feel for you.

Right now, Gearbox and SEGA look to be getting away with it. That’s what’s really galling. Aliens: Colonial Marines was top of the Steam sellers list on its release (though is now falling) and has just topped the UK retail charts too. As refunds kick in and word-of-mouth spreads that success will hopefully taper off, because nobody involved in a release like this (save for the powerless, lower pay grade workforce) deserves any financial reward. It represents a permanent stain on Gearbox’s record and a dire warning to all about the risks of pre-ordering. Avoid it as you would an errant facehugger.

Hellbound review — No half measures

By A.K Rahming23 hours ago
Reviews

By Kevin Carignan5 days ago
Reviews

By Lawrence Le5 days ago
Reviews