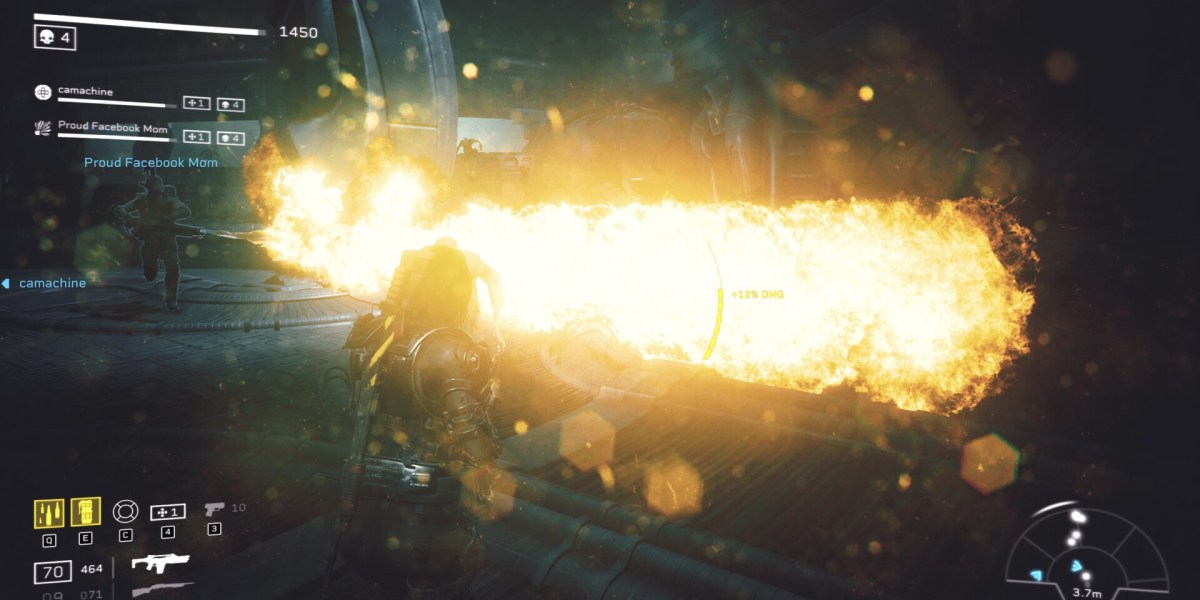 While getting new weapons and putting attachments on them is a great way to increase your attack capabilities, the best way to up your combat rating in Aliens: Fireteam Elite is to make sure you continually add available class perks to your loadout. For all intents and purposes, each of the five classes needs to be leveled up to seven to get the most out of Fireteam Elite. But this isn’t handled in the way that’s typical with similar games. One thing that’s worth mentioning, though, is that unlocking perks for one class will unlock them for all classes. So, your playstyle can fundamentally change based on using all of the game’s classes, although many of the perks simply cannot be equipped on a different class as they lack the default class perks. By “default class perks,” I mean the ones the three skills each class starts with, such as the gunner’s grenade or the demolisher’s missiles.

Class unlocks in Aliens: Fireteam Elite are staggered, so you go back and forth between what gets unlocked with each level. You’ll equip perks by using a puzzle grid. Any perks in the grid and in the proper position will be active. Perks need to be slotted in, but the amount of available space and which perks you’ve unlocked will correspond with your class level. New perks are unlocked at levels two, four, and six, and new spaces are opened on the grid at levels three, five, and seven.

Each class has three default perks, which are also represented on the grid. Active perks are represented on the left and right, while your passive is at the bottom. There are four kinds of perks to keep in mind. The first are general perks that can be placed in any class grid. These can increase the recharge rate or duration of active abilities, among other things. Then you’ve got perks that specifically modify default perks, such as ones that might change the type of explosion that results from throwing the gunner’s grenade. 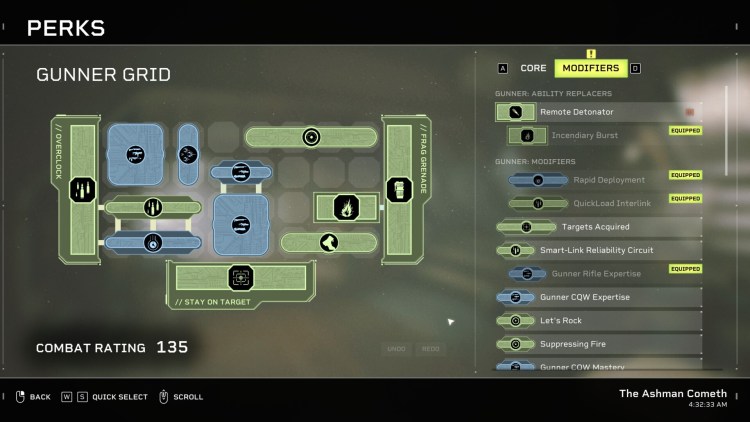 Naturally, only the general perks are universal, but each class unlocks general perks in addition to specific ones. Another type of general perk is one that increases the efficacy of a weapon type, such as rifles or CQWs. These can increase fire rate and stability, and are shaped like blocks. The last type of perk can only be used to modify these weapon perks. You won’t have a whole lot of extra space to work with, so the big choice you’ll make will have to be between giving your character a leg up in regards to weapons or class abilities.

Aside from the weapon block perks, all other perks are thin bars. Perks can be rotated, so you can get some extra functionality out of your character with a bit more care. Perks in Aliens: Fireteam Elite that directly change innate class perks (such as the aforementioned grenade one) are one block taller than general perks, which will limit how many of those you can use comparatively. It seems a bit weird at first, but you’ll get the hang of it fairly quickly. 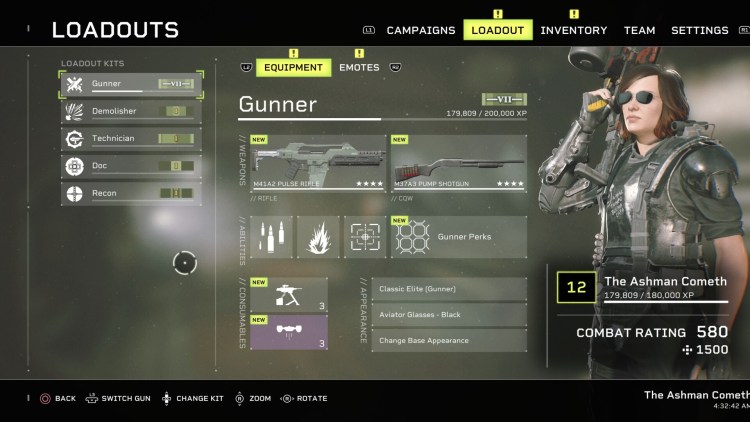 By Alexa BeMent42 mins ago
Guides