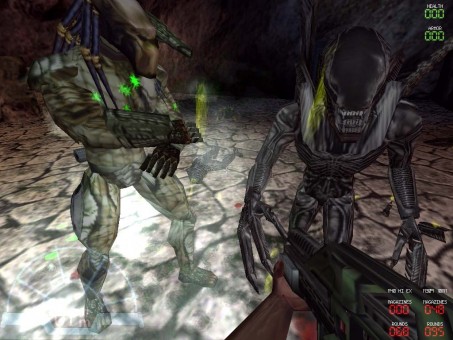 GOG are testing out their Galaxy client by giving away free copies of Aliens versus Predator Classic 2000 for the next 48 hours.

For the uninitiated, Aliens versus Predator Classic 2000 is the good AvP game. It was developed by Rebellion and originally released in 1999, but this is the 2010 re-release that made the game work on modern PCs. It offers three campaigns – Colonial Marine, Alien, and Predator – and each has its own quirks and traits. The Marine campaign is uniquely nerve-wracking, for instance, while the Alien campaign is all about running along ceilings and biting off heads.

Simply put, Aliens versus Predator Classic 2000 is worth money, and GOG are giving it away for free if you’re willing to test their Galaxy client. Just head on over to this page before Friday morning and sign up, and at some point in the near future, you should have access to AvP.

Thanks to reader MorningLM for the initial heads-up on this one.